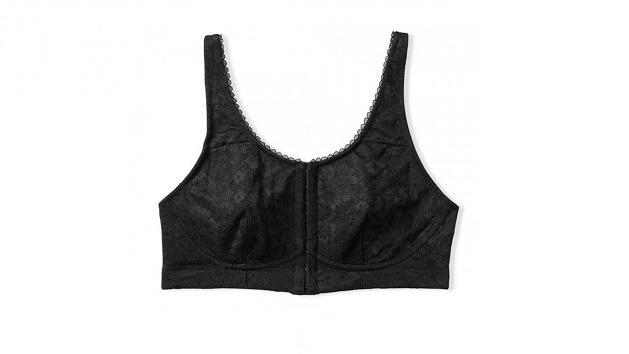 (NEW YORK) — Breast Cancer Awareness Month has started and Victoria’s Secret is launching several new initiatives around the cause.

The lingerie line is launching its first mastectomy bra throughout October and while supplies last.

The Body by Victoria Mastectomy Bra was created to support thousands of women who undergo mastectomies each year as part of their fight against breast cancer, the company says.

The undergarment features a wire-free design made with soft micro fabric and lace. The bra also includes a pocket located within the inner lining to fit a prosthetic.

Priced at $49.50, the bra is available in black and champagne white. One hundred percent of sales will be donated to The Victoria’s Secret Global Fund for Women’s Cancers to support breast cancer research and discoveries.

In addition to Victoria’s Secret’s new mastectomy bra, the company has teamed up with fashion designer Stella McCartney to launch a public service announcement that aims to create a greater understanding of the risks of breast cancer and the importance of early detection.

“As the world’s leading lingerie brand, the health and well-being of women is paramount to our community,” said Victoria’s Secret chief marketing officer Martha Pease in a statement.

She continued: “We have a unique opportunity but also a responsibility to use our platform and scale of our global footprint to bring greater awareness to the risks of breast cancer, especially among younger women, and educate around the effectiveness of self-checks.”

The campaign extends now through Oct. 31, 2021, and will also include a #CheckYourself reminder along with a guide provided by The Stella Cares Foundation, on how to effectively perform a breast self-exam.

The campaign will extend to social media and over 25,000 Victoria’s Secret employees worldwide will receive educational materials to help reach hundreds of thousands of women, the company said.

The company also said it will invest at least $5 million annually in cancer research, including examining and addressing racial and gender inequities and unlocking new innovations that improve cancer outcomes for all women.

The news of Victoria’s Secret’s breast cancer awareness plans comes a few months after the brand announced a total rebrand that aims to include diverse, inclusive messaging.

The company also launched VS Collective — a platform created to develop new associate programs, revolutionary product collections, compelling and inspiring content and rally support for causes vital to women. Notables such as Priyanka Chopra Jonas, Megan Rapinoe, Paloma Elsesser and several more are a part of the collective.

Would you try a mustard doughnut? French’s teams up with Dough to create a tangy confection

Back-to-school costs are skyrocketing. Here’s how to save with tax-free holidays