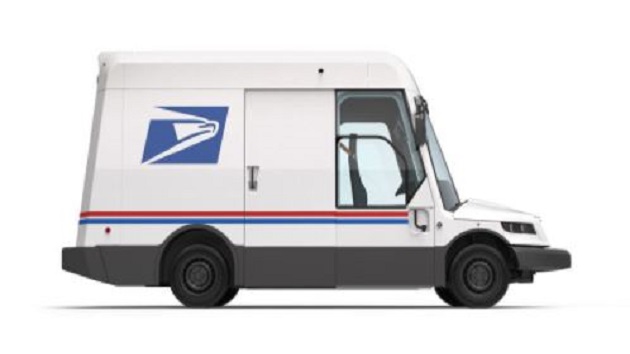 (NEW YORK) — For the first time in 35 years, United States Postal Service workers are getting a new set of wheels.

This week the USPS pulled the wraps off the Next Generation Delivery Vehicle. The “NGDV” is a brand new mail-carrier van designed and produced under contract by Oshkosh Defense.

“This has been a long time coming,” says Jason Torchinski, a writer at the automotive blog Jalopnik.

The previous mail carrier van, the Grumman LLV, first hit the road back in 1986. There are still 140,000 currently in operation.

The LLV used the engine and chassis from a Chevrolet S-10 pickup truck, sourced from General Motors. The aluminum body was designed and built by Northrop Grumman, an aerospace and defense company.

“It’s unusual that it was one of the first of these kind of, mass-market vehicles to not really to be built by a major automaker,” says Torchinski.

But that didn’t mean the LLV wasn’t created with the specific demands of mail carriers in mind.

“It was very much designed from the get-go to be something that would be easy for mail carriers to load stuff in and out of,” says Torchinski.

Lynn Heidelbaugh, a curator at the Smithsonian’s National Postal Museum, agrees, noting “it was tested to be able to withstand the rigors of all different kinds of terrain and weather.”

During initial testing, each LLV had to be able to drive over 35,000 potholes and make 100 consecutive stops from 15 mph, in addition to completing a series of other challenges designed to replicate the driving conditions the vehicles could encounter. In all, the LLV went through 24,000 miles of testing, according to the Postal Museum.

Torchinski says even though LLV stands for “Long Life Vehicle,” the Grumman was starting to show signs of age: “It had some huge flaws, mostly from the perspective of people driving it.”

The LLV didn’t come with air conditioning, and lacked the insulation one would find in a modern vehicle. This made the truck uncomfortable for mail carriers tasked with delivering the mail in extreme temperatures. What’s more, a Vice News report last year found more than 400 LLVs have caught fire since 2014.

“Safety of vehicles has changed dramatically since the last decades and years since the Long Life Vehicle was first tested and put on the streets,” says Heidelbaugh.

“It’s an early eighties Chevy pickup with a big aluminum body on it. They just needed to really modernize it,” says Torchinski.

Oshkosh Defense is set to deliver between 50,000 and 165,000 examples of the new mail truck by 2023. The company is best known for producing military vehicles.

Torchinski says Oshkosh Defense’s inexperience in the delivery vehicle market could work to its advantage.

“Companies that don’t already have commercial vehicles being built – that don’t already have the infrastructure to build a specific commercial vehicle – are going to be starting from a clean page, where the automakers are going to want to adapt something they already have,” says Torchinski. “And I think that actually gives the non-traditional automakers a bit of an advantage because they can tailor something closer to the very specific needs of the post office.”

The NGDV comes with a suite of modern technology, including automatic emergency braking, 360 cameras, parking sensors and, yes, even air conditioning.

The truck is also designed to accommodate either a gasoline or an electric powertrain. Heidelbaugh says the NGDV’s changeability makes sense considering the variety of ways the mail has been delivered in the past.

“The Post Office has experimented and used just about every kind of vehicle there is available,” says Heidelbaugh. “You name it, with wheels, whether it’s push, motorized, animal powered- they’ve tried it.”

As for whether the NGDV could enjoy as long a life delivering the mail as the LLV has, Torchinski is optimistic.

“If it’s as flexible as they say, it could have a good long life. If you can actually swap out drivetrains fairly easily, the actual body itself and the main platform itself could last decades… there’s no reason why not,” he says.