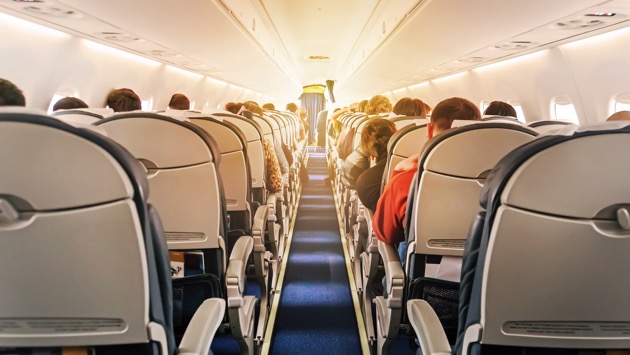 (NEW YORK) — U.S. airlines have seen a surge in fliers this past month as the COVID-19 vaccine rollout grows.

Delta Air Lines CEO Ed Bastian revealed at a JP Morgan conference on Monday that bookings began picking up 5 or 6 weeks ago, adding that the airline is at or “pretty darn close to breakeven” cash burn in March.

This time last year the carrier was burning through $100 million a day.

Bastian and other major U.S. airline CEOs sounded optimistic that they are seeing real signs of recovery.

Within the past week JetBlue Airways says its package travel site has sold “more vacations than they ever have.”

“It feels like the beginning of the end,” Southwest CEO Gary Kelly said in a Washington Post live interview after the conference. “I think there’s very clear signs that our business is picking up, which is very consistent from everything else that we’re reading.”

In the spring of 2020, airlines slashed their schedules as demand plummeted to record lows. The recent increase in bookings has allowed airlines to reopen routes and return more of their aircraft to the skies.

American Airlines is planning to fly 80% of its 2019 schedule starting in May.

The airline executives at the JP Morgan conference on Monday were mostly encouraged by the uptick in domestic leisure travel.

“Our last three weeks have been the best three weeks since the pandemic hit and each week has been better than the prior one,” American Airlines CEO Doug Parker said, “and that appears to be continuing into the fourth week of that period.”

United CEO Scott Kirby projected business demand won’t recover to 2019 levels until the summer of 2022, but overall he thinks travel will be up in the long term because people will have more money to spend.

“You’ve already bought a new washing machine, you don’t have to buy another one,” Kirby said. “People are buying the car, you know home repair, you know, that money that got spent was pulled forward, and it’s gonna mean a lot more available to spend, you know, in 2023, 2024 for leisure demand. And once people get a taste of that. The reason I think structurally it stays higher longer is because it’s fun, it’s a good thing to spend the money on, and we’re going to do it, so I’m actually really optimistic about the long term.”

The Centers for Disease Control and Prevention (CDC) has said that even those who’ve already been vaccinated should avoid traveling.

“In terms of travel, here’s what we know: Every time that there’s a surge in travel, we have a surge in cases in this country,” CDC Director Rochelle Walensky said last week during a briefing. “We know that many of our variants have emerged from international places, and we know that the travel corridor is a place where people are mixing a lot.”

Walensky explained that they are not recommending travel because the vast majority of the population isn’t vaccinated, so they need to prioritize keeping those people safe, especially if people who are vaccinated can still transmit the virus.