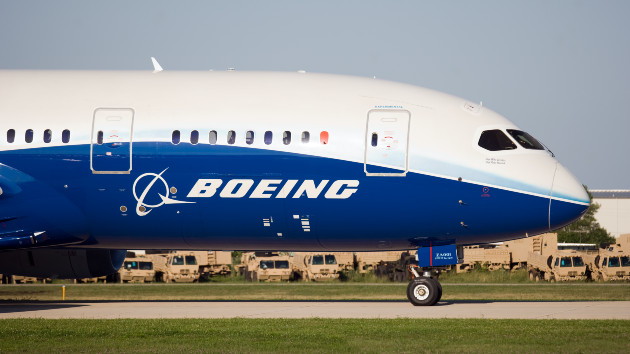 The airline said the order for up to 200 aircraft amounted to the “the largest widebody order by a U.S. carrier in commercial aviation history.”

United CEO Scott Kirby said in a statement that the airline had exited the COVID-19 pandemic as “the world’s leading global airline.”

“This order further solidifies our lead and creates new opportunities for our customers, employees and shareholders by accelerating our plan to connect more people to more places around the globe and deliver the best experience in the sky,” he said.

The order for 787 aircraft comes a few months after the Federal Aviation Administration’s August announcement that Boeing could resume Dreamliner deliveries. Boeing had been forced to halt 787 deliveries in May 2021 after manufacturing quality issues and structural issues were discovered. The FAA first raised 787 concerns in September 2020, when the agency said it was investigating manufacturing flaws.

Boeing shares rose about 2% in pre-market trading on Tuesday, with United shares trading down by about 1%.

The 100 widebody aircraft announced on Tuesday are expected to be delivered between 2024 and 2032, according to the airline. The planes will replace United’s fleet of 767 planes and many of its 777 aircraft. United has said it plans to retire all of its 767 aircraft by 2030.

Retiring the ageing planes will give United an environmentally friendly boost, the airline said, with per-seat carbon emissions expected to drop by about 25%.

Gerry Laderman, United’s EVP and CFO, said, “This order solves for our current widebody replacement needs in a more fuel-efficient and cost-efficient way, while also giving our customers a best-in-class experience.”

United said in October that it expected its fourth-quarter adjusted margin to top the same 2019 quarter for the first time since the pandemic began.

“Earnings recovery out of the pandemic has kept pace with, if not led, peers and messaging has been very confident,” analysts at Morgan Stanley said in a note to clients ahead of the announcement on Tuesday morning.

The number of travelers passing through U.S. airports has almost returned to pre-pandemic levels, according to daily checkpoint data from the Transportation Security Administration.