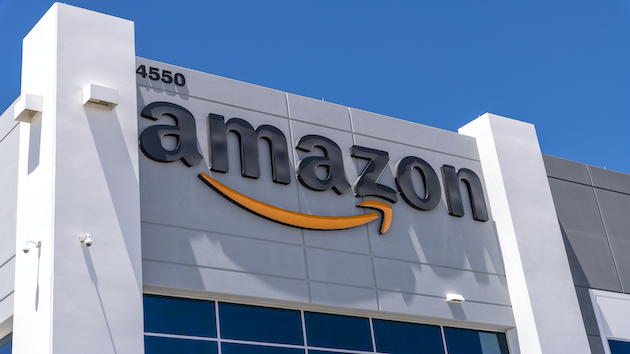 (WASHINGTON) — The union that sought to represent Amazon workers in Alabama has accused the e-commerce giant of interfering in the vote that resulted in warehouse employees not forming a labor union.

The Retail, Wholesale and Department Store Union (RWDSU) said Monday that it filed objections with the National Labor Relations Board (NLRB) over the conduct of Amazon during the union election.

The union filed a total of 23 objections and is seeking an NLRB hearing to determine if the election results are legitimate.

Workers at the Bessemer, Alabama, facility voted by a large margin not to form a labor union, according to the NLRB’s tally. Some 1,798 votes were cast against unionization, compared to 738 in favor of it. Voter turnout was around 55%.

The union alleges in the objection filings that Amazon illegally installed a mail-in ballot collection box in the parking lot without authorization, causing confusion and making workers think Amazon had control over the election. The union claims Amazon also created the impression that the box was being surveilled.

Ultimately, the union says Amazon’s conduct prevented employees from being able to make a “free and uncoerced” choice when voting.

RWDSU president Stuart Appelbaum said in a statement last week that Amazon “required all their employees to attend lecture after lecture, filled with mistruths and lies, where workers had to listen to the company demand they oppose the union.”

“We demand a comprehensive investigation over Amazon’s behavior in corrupting this election,” Appelbaum added. “Working people deserve better than the way Amazon has conducted itself during this campaign.”

Amazon accused the union of “misrepresenting the facts” in a statement to ABC News on Monday.

“The fact is that less than 16% of employees at BHM1 voted to join a union,” the company said. “Rather than accepting these employees’ choice, the union seems determined to continue misrepresenting the facts in order to drive its own agenda. We look forward to the next steps in the legal process.”

In a separate blog post published by Amazon last Friday, shortly after the vote results were announced, the company said that it’s “easy to predict the union will say that Amazon won this election because we intimidated employees, but that’s not true.”

“Our employees heard far more anti-Amazon messages from the union, policymakers, and media outlets than they heard from us,” the post read. “And Amazon didn’t win — our employees made the choice to vote against joining a union.”

The closely-watched unionizing efforts in Alabama garnered support from President Joe Biden and lawmakers on both sides of the aisle.

If the organizing bid had been successful, it would have marked the first time Amazon workers in the U.S. formed a labor union.