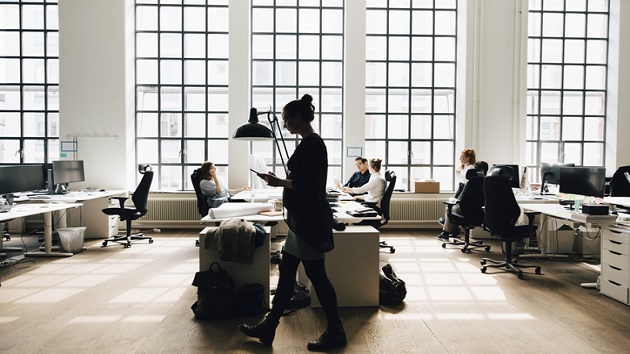 (NEW YORK) — Thousands of employees in the U.K. will be working four days a week for the next six months, in the largest such pilot program to date.

ABC News’ “Start Here” podcast reported that 70 companies, ranging from fish-and-chip shops to digital marketing companies, will be taking part in this study, which is being coordinated by three non-profits, a labor think-tank and researchers at three universities in the U.S. and U.K.

The more than 3,300 workers participating in the study will be paid the same amount and be expected to maintain the same level of productivity while working 80% of their normal hours, according to 4 Day Week Global, which is coordinating the experiment. The number of hours worked will be less.

There are multiple explanations for why companies might want to try a four-day workweek.

For starters, “the labor market is so tight now, employers will offer almost anything to get to keep people,” Daniel Hamermesh, professor emeritus of economics at University of Texas and author of a new study about the rise of the four-day workweek, told ABC News.

The pandemic, subsequent rise of work-from-home culture, as well as historic labor shortages have led companies to try different techniques to entice workers: more benefits, wage increases, remote work flexibility and a shorter workweek are some of them.

Hamermesh’s research has shown that the fraction of U.S. employees working four days a week has been steadily growing and tripled over the past half century.

“People want more leisure,” he said, “and they’re willing to work more each day if they can get fewer days of work.”

Hamermesh is skeptical that workers can maintain the same levels of productivity working just 80% of the time, but acknowledges they might not have always been 100% productive in the first place, noting, “goofing off on the job is not a bad thing, it’s relaxing and reduces stress.”

News reports about similar programs that have been run in Iceland, New Zealand, Scotland and the United States, yet Hamermesh has not seen anything he would consider an official study, including this most recent one.

Hamermesh notes there’s no control group, which would compare productivity levels working a 5 day work-week with a 4 day work-week.

This U.K. program “sounds like it’s a demonstration, not an experiment,” he says.

Gen Z is bypassing Google for TikTok as a search engine