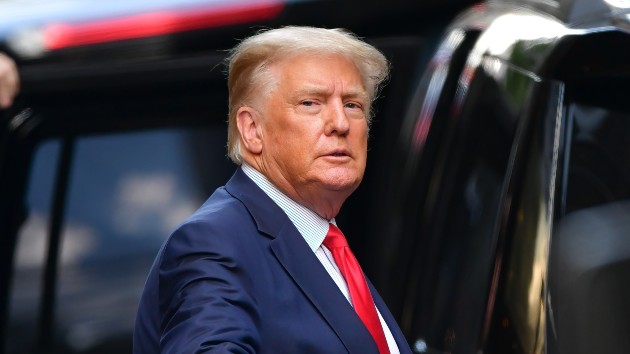 “The City has no right to terminate our contract,” Trump Organization officials said in a statement. “Mayor [Bill] de Blasio’s actions are purely politically motivated, have no legal merit, and are yet another example of the mayor’s efforts to advance his own partisan agenda and interfere with free enterprise.”

Mayor de Blasio announced in January he was moving to terminate the contracts with the former president’s company following the Jan. 6 attack on the U.S. Capitol.

“The President incited a rebellion against the United States government that killed five people and threatened to derail the constitutional transfer of power,” de Blasio said at the time. “The City of New York will not be associated with those unforgivable acts in any shape, way or form, and we are immediately taking steps to terminate all Trump Organization contracts.”

In the wake of the Jan. 6 attack, several companies, including the PGA Tour, canceled contracts they had with the Trump Organization. Trump himself was suspended from several social media platforms, and Facebook recently announced it would keep the suspension active until after the 2022 midterm elections.

The lawsuit alleges wrongful termination of a long-term contract the company had to operate the city-owned golf course at Ferry Point in the Bronx, which wasn’t due to expire until 2032.

“There can be no dispute that we are not just meeting, but exceeding our obligation to operate a first class, tournament quality daily fee golf course,” the Trump Organization’s statement said.

The other contracts were set to expire earlier this year and were not renewed.

The city said it followed the termination process set forth in the contract.

“The actions of Mr. Trump to incite a deadly riot at the Capitol on Jan. 6 caused a breach of the Ferry Point contract by eliminating options for hosting championship events, and we will vigorously defend the City’s decision to terminate the contract,” said a spokesperson for the New York City Law Department.

The mayor’s spokesperson put the onus on the former president.

“It was Donald Trump who interfered with basic democracy when he incited a deadly insurrection at the U.S. Capitol,” said City Hall spokesperson Bill Neidhardt. “You do that, and you lose the privilege of doing business with the City of New York. It’s as simple as that.