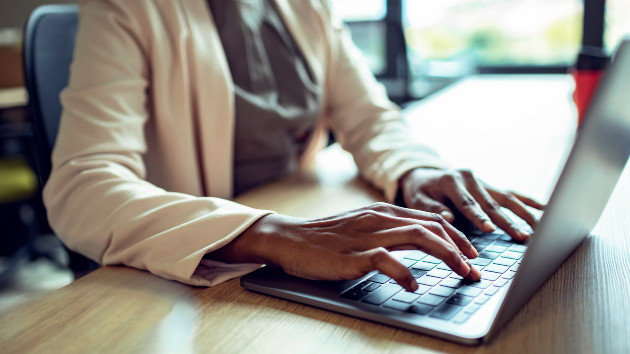 (NEW YORK) — The wage gap that sees Black women earning less than white, non-Hispanic men can cost them as much as $2,000 per month, $23,000 per year and more than $900,000 over the course of a 40-year career, according to the National Women’s Law Center, a policy-focused organization that fights for gender justice.

Sept. 21 marks Black Women’s Equal Pay Day, the date that Black women have to work to in 2022 to earn what their male, white, non-Hispanic counterparts earned in 2021.

Last year, the day fell on Aug. 3, meaning that Black women this year have had to work over six weeks longer into the year to try to make up for their lost wages.

In the United States, Black women are on average paid 58 cents for every dollar earned by men, according to Census Bureau data shared by the American Association of University Women, a non-profit organization dedicated to empowering women and girls.

Women of all races working full-time in the U.S. are paid 83 cents to every dollar earned by men, according to the AAUW. Equal Pay Day fell on March 15, the day that women have to work into 2022 to earn the same as their male counterparts did last year.

“Because women earn less, on average, than men, they must work longer for the same amount of pay,” the National Committee on Pay Equity said in a statement on Equal Pay Day. “The wage gap is even greater for most women of color.”

According to National Women’s Law Center data, a Black woman who starts working at age 20 would have to work until she is almost 80 years old to earn what a white, non-Hispanic man is paid by age 60.

Black Women’s Equal Pay Day comes this year as Black women are still trying to recover from the economic fallout of the coronavirus pandemic, a time during which they lost jobs at a higher rate than other groups in the country.

Unemployment rates dropped or remained the same for almost every race or ethnicity except Black women, with an unemployment rate almost double that of white Americans, according to the National Women’s Law Center. In August, while many groups joined the labor force, 45,000 Black women left.

Black women also continue to be hit hardest by the student debt crisis in the U.S., with around 1 in 4 Black women holding student debt, according to data from the Census Bureau and the American Association of University Women.

Just over a decade after starting college, Black women, on average, owe 13% more than they borrowed, while white men, on average, have paid off 44% of their debt, according to The Education Trust.

One of the reasons Black women owe so much more in the years after graduating college is the gender pay gap, experts say.

Gloria Blackwell, CEO of the American Association of University Woman, said because Black women earn less, many are burdened by student debt for the larger part of their career. She described what Black women face in the workplace as the “perfect storm” of both a racial wealth gap and gender pay gap.

“When you are a Black woman and you have this burden of student loans, it impacts every aspect of your life,” Blackwell told ABC News last month. “It impacts whether you can pay for basic living expenses, whether you can afford transportation or even the rent in order to have a decent place to live, let alone save for a house or be able to start a family or take care of your family. It’s a burden on Black women on whether they can save for retirement or afford rent or be able to move to a better neighborhood.”

Black women enroll in college at higher rates than other groups. However, a 2020 report from the Lean In organization found that the gender pay gap is largest for Black women who have bachelor’s degrees.

Experts including Blackwell and Nicole Mason, president and CEO of the Institute for Women’s Policy Research, say the solution for closing the gender pay gap for Black women needs to come from both the government and private sectors.

On the federal level, Mason said the passage of legislation like the Paycheck Fairness Act can help promote pay equity and transparency, while enforcement of existing civil rights and equal employment laws can help lower workplace discrimination.

“Employers have a role to play in terms of making sure there is pay equity and making sure that women across the board earn what they’re worth and the skills and talents they bring to the table,” Mason previously told ABC News. “And as a culture and a society, we have a lot of work to do in terms of breaking gender stereotypes around women in the workplace, their value and how much women should be paid for their work.”