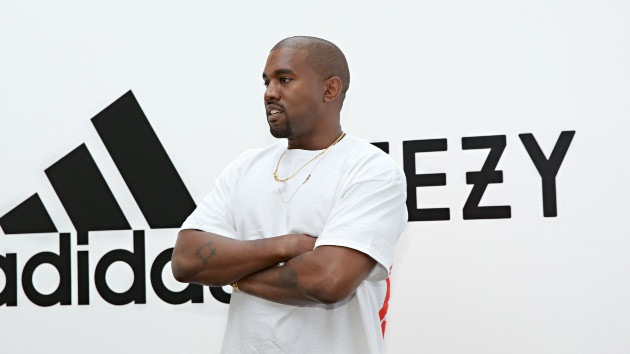 (NEW YORK) — When Adidas announced on Tuesday that it had terminated its relationship with Ye, the rapper formerly known as Kanye West, the company put a price tag on how much the move would cost: Up to $246 million in profits this year.

Yeezy, a footwear and apparel partnership between Ye and Adidas that launched in 2015, will end its business immediately over hateful speech and actions undertaken by the rapper, Adidas said in a statement on Tuesday. The company will stop production of all Adidas Yeezy products and halt payments to Ye, the statement added.

The costs could reach in the hundreds of millions in part because Adidas could pull Yeezy products from shelves in brick-and-mortar stores and online, losing revenue from potential sales, apparel industry experts told ABC News.

Moreover, the severing of ties coincides with the holiday season, when companies carry a large amount of inventory in anticipation of busy end-of-year traffic, Bob Antoshak, a consultant and 30-year industry veteran, told ABC News.

“If they pull products from shelves, they’ll have a lot more product to write off than they would for other quarters,” he said “If it was the first quarter of next year, it wouldn’t be anywhere near that.”

Adidas faced increasing pressure to cut ties with Ye in recent weeks after the rapper made antisemitic comments on Twitter, podcasts and interviews.

Earlier this month, Ye also stoked controversy after appearing at a surprise show in Paris wearing a T-shirt bearing the phrase “White Lives Matter,” which the Anti-Defamation League has labeled as hate speech and has been promoted by white supremacist groups.

“Adidas does not tolerate antisemitism and any other sort of hate speech,” the company said in a press release. “Ye’s recent comments and actions have been unacceptable, hateful and dangerous, and they violate the company’s values of diversity and inclusion, mutual respect and fairness.”

The company declined to respond to ABC News’ request for more details about costs incurred by the business split.

Clothing retailer Gap, which also retained a partnership with Yeezy, ended that arrangement in September, the company said in a statement on Tuesday, adding that it is taking immediate steps to remove Yeezy Gap products from its stores.

“Antisemitism, racism and hate in any form are inexcusable and not tolerated in accordance with our values,” Gap said in the statement.

The Yeezy line accounts for roughly $1 billion to $2 billion in annual sales for Adidas, according to Evercore ISI analyst Omar Saad.

The financial losses incurred by Adidas also owe to ongoing projects that must be scrapped, which likely include arrangements already established with manufacturers, Saheli Goswami, a professor of textiles, fashion merchandising and design at Rhode Island University, told ABC News.

“If Adidas was working with a supplier to get products developed for next season, now that existing business tie needs to be stopped,” she said. “The question becomes: Who will bear the cost?”

Despite the financial hit incurred by a potential loss of merchandise, Adidas minimized the damage to its reputation by severing ties with Ye, said Antoshak, the industry consultant.

“From the business perspective, the longer the relationship continued — and it was a toxic relationship — it would end up costing the company more,” he said.

Adidas, a German company, faced added scrutiny because of heightened concern over antisemitism in its home country, Goswami said. In Germany, individuals who make antisemitic comments online can face prosecution.

Goswami applauded the move by Adidas but said the company shouldn’t expect consumers to grant the decision similar acclaim.

“You don’t get a medal for doing the right thing but you can be harshly criticized if you don’t,” she said. “It matters to your future business relationship around how consumers perceive you.”