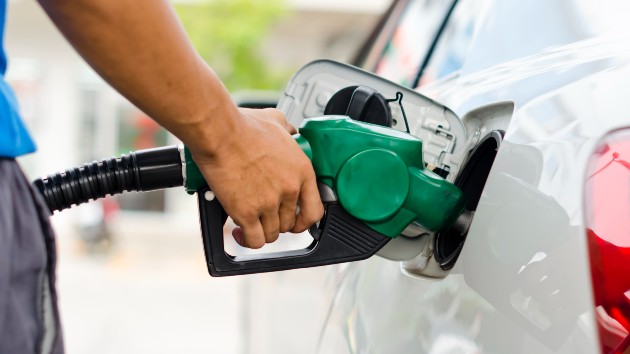 (NEW YORK) — Gas prices stood firm around $3 per gallon over the Memorial Day holiday and experts said drivers should expect similar prices for the rest of the summer.

Jeanette McGee, director of external communications at AAA, said she expects prices to move between $2.95 and $3.10 over the next few months.

“It’s fluctuating a little bit down,” McGee told ABC News. “We expect in the next two weeks to see that price get a little lighter and decrease a little.”

According to the United States Energy Information Administration (EIA), the average gas price across the United States for the week of May 31 was $3.02. Patrick De Haan, head of petroleum analysis at GasBuddy, said we could see some relief by Independence Day.

“Price wise we may see a little bit of downward movement over the next couple of weeks in the national average, not a whole lot,” he said. “I still maintain that will eventually fall back under $3 by July Fourth.”

A meeting with OPEC in July could lead to some relief as member countries are expected to announce increases in oil production.

“When that happens, that could bring crude oil prices down. And if crude prices drop, we could see gas prices decrease a little bit more,” McGee said. “Bottom line — prices are going down, but they’re going to be expensive and they’re probably going to fluctuate.”

For those taking to the road this summer, McGee said to consider filling up outside of major cities before you get to your destination.

“When you hit that quarter of a tank, consider pulling over and start looking for gas,” McGee said. “Before you get to your destination, we recommend filling up outside of that major area because gas prices are likely to be less expensive.”

De Haan said motorists should consider looking at different gas stations when looking for a place to fill up.

“Prices were probably going to remain stubbornly high for a good portion of the summer, I would still encourage people to continue shopping around, especially if they’re crossing into another state,” he said.

McGee said if you own more than one vehicle, consider taking the more fuel-efficient car on your next trip. She also said it might be worth your while to pack light.

Motorists can expect to see lower prices towards the end of September due to a decrease in demand, according to McGee.

“It’ll be interesting to see how many people are returning to the office versus staying home. that’ll have a huge impact on demand,” McGee said.