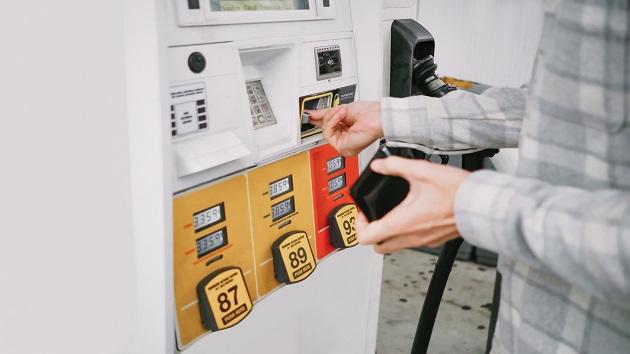 (NEW YORK) — California became the first state in the nation this week to issue a phase-out of gas-powered vehicles — and other states are planning to follow in its footsteps.

After the California Air Resources Board approved Thursday regulations that ban the sale of new gas-engine vehicles by 2035, requiring all new cars to run on electricity or hydrogen, California Gov. Gavin Newsom told ABC News he was confident that more states would do the same to help combat climate change.

He noted that 17 other states have already followed California’s lead and adopted its tailpipe emission standards, which are stricter than the federal government’s.

Among those, 15 have also backed its zero-emission vehicle requirements, with several states already making steps towards adopting the new regulations.

Under California’s new rules, automakers cannot sell any car, pickup truck, minivan, SUV or other passenger vehicle that emits greenhouse gasses by 2035. Motorists can continue driving gas-fueled vehicles that were bought before the 2035 deadline and will be allowed to purchase used gas-powered vehicles after the rules take effect.

Here’s a look at states that have made steps to adopt California’s zero-emission vehicle standards or similar policies.

Washington Gov. Jay Inslee called California’s ban on new gasoline cars “a critical milestone in our climate fight” and said this week that his state is “ready to adopt California’s regs by the end of this year.” The state legislature had previously committed Washington to adopt rules implement California’s emission standards. This spring, state lawmakers also set a target to phase out the sale of new gas-powered cars by 2030 in its $17 billion transportation plan, though it wasn’t a mandate.

This is a critical milestone in our climate fight. Washington set in law a goal for all new car sales to be zero emissions by 2030 and we’re ready to adopt California’s regs by end of this year. https://t.co/r6jchISD7O

Oregon is also looking to adopt California’s “landmark” regulation, the state’s Department of Environmental Quality said Thursday. “Oregon is moving forward with a proposed rule similar to California’s Advanced Clean Cars II regulation, which is vital to help achieve greenhouse gas emission reduction targets across the state and result in improved air quality and public health outcomes,” the department said in a statement. The proposed rule would transition all new light-duty vehicle sales in the state to zero-emission by 2035. Previously the state had set a target to have at least 90% of new vehicles sold annually be zero-emission by 2035.

Earlier this month, Massachusetts Gov. Charlie Baker signed a sweeping climate bill into law that includes mandating that all new cars sold in the state be zero-emission starting in 2035, following California’s lead. The law also increases the state rebate for a new electric vehicle, including an additional rebate for low-income earners, and boosts charging infrastructure, among other measures.

Last year, New York Gov. Kathy Hochul signed a bill into law that sets a target to have 100% of the passenger cars and trucks sold in the state be zero-emission by 2035, and medium-duty and heavy-duty vehicles by 2045.