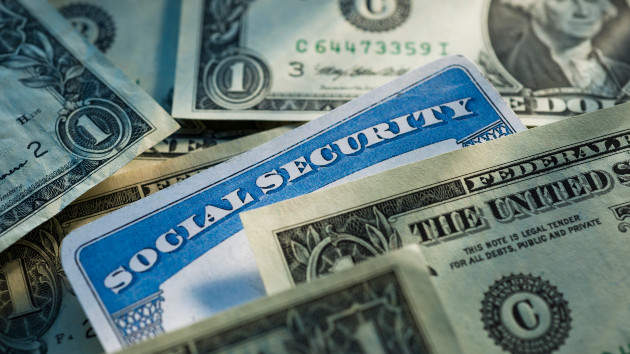 (WASHINGTON) — Social Security and Supplemental Security Income benefits for approximately 70 million Americans will increase 8.7% in 2023 as Americans deal with the highest inflation rates in decades.

This is the biggest increase since 1981, because this number is based on the 40-year highs the U.S. has seen in inflation.

The Social Security Administration said average payouts will increase by more than $140 per month in 2023.

“Medicare premiums are going down and Social Security benefits are going up in 2023, which will give seniors more peace of mind and breathing room,” acting SSA Commissioner Kilolo Kijakazi said in a statement. “This year’s substantial Social Security cost-of-living adjustment is the first time in over a decade that Medicare premiums are not rising and shows that we can provide more support to older Americans who count on the benefits they have earned.”

The SSA had increased the cost-of-living adjustment to 5.9% last year, making 8.7% a significant increase to an already-record high.

Many around the country continue to deal with escalating prices on everything from rent to food and gas as inflation increases have yet to yield.

The consumer price index rose 0.4% in September on a seasonally adjusted basis after rising 0.1% in August, the Labor Department said Thursday.

Consumer prices rose 8.2% over the last 12 months, the department said, a slightly higher than anticipated number as economists had predicted a rise of 8.1%.