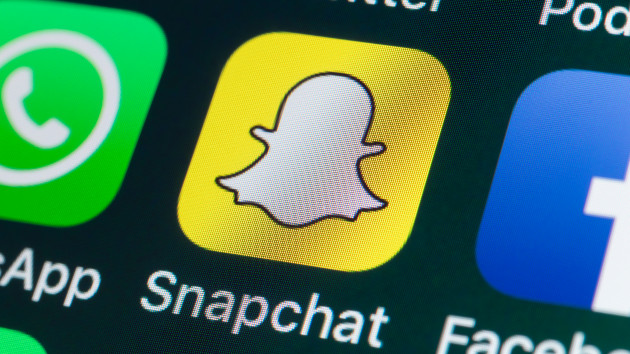 (NEW YORK) — Snapchat announced a new in-app family center on Tuesday, which is designed to start conversations between parents and minors about safer social media usage.

In the new family center, parents will have the ability to see which Snapchat friends have sent their children messages, photos or videos within the last week. Parents will also have the option to report any suspicious or concerning accounts to Snapchat’s trust and safety teams, the company said.

Snapchat’s move is part of a growing trend of social media companies attempting to deal with real-world relationships and safety on a digital plane.

“I think there were three things that probably rushed into my mind immediately, which were well done, it’s about time, and let’s keep going,” Chris McKenna, the founder of Protect Young Eyes, an organization focused on creating safer digital spaces for kids, told ABC News.

Experts said the key to a healthier relationship with families while living in a digital age still starts with communication and cooperation.

“Now, of course, those parents or guardians are not going to be able to see the content of any chats or content being exchanged between individuals, but at least they’ll have a better idea of who they’re talking to,” Dr. Sameer Hinduja, co-director of the Cyberbullying Research Center and professor of Criminology at Florida Atlantic University, told ABC News. “And ideally that will lead to the promotion of additional conversations related to safety, related to security and privacy and trust.”

Snapchat is not the only social media company to take this route. Instagram released similar safety updates last year, and social media companies have come under increased scrutiny recently for their misinformation and abuse online. Instagram now has a feature that allows parents and guardians to set time limits on their teens while using the app and a break reminder feature, both of which are not on Snapchat’s family center.

“It’s a very complicated challenge, trying to find a tool that’s going to sort of answer and provide an opportunity to help make that process maybe a little bit easier for parents, but at the same time, sort of respect the autonomy of the teens that are using the products as well,” Emily Mulder, a program director at the Family Online Safety Institute, told ABC News.

Teens have also been feeling this shift in how families deal with digital safety and what it means for their privacy as they grow up in an increasingly connected world.

“Personally, I don’t think I would use it,” Ashleigh Facey, a 17-year-old high schooler who’s concerned about her personal privacy, told ABC News. “I can see why they want to do that though, because there’s kids that are like really young using these apps now.”

Heather Facey, Ashleigh’s mother, feels differently about the matter and likes the idea of a family center on social media.

“Absolutely, I think that would be great. That type of thing is what parents want to hear about,” she said. “It would be something I would most definitely want to have access to and implement.”

Experts like McKenna, who is also a parent, agree, but he said direct communication is still the best way to grow healthy familial bonds.

“There is no parental control that replaces the need for amazing parents who have intentional, truthful, direct, frequent, persistent and consistent conversations with your children. There’s no toggle that replaces you….No passive parenting in the digital age,” McKenna said.