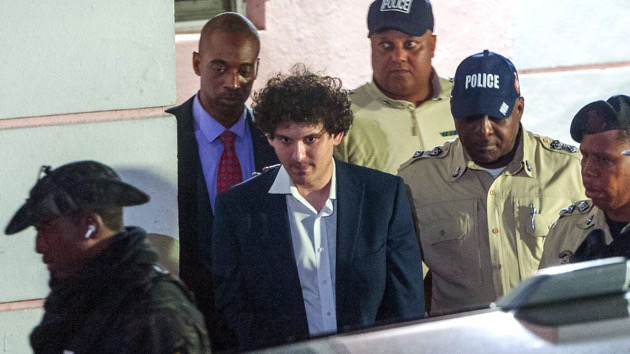 (WASHINGTON) — Senators across both major parties on Wednesday sharply criticized bankrupt cryptocurrency exchange FTX and its former CEO Sam Bankman-Fried, while advocating for regulation of the digital currency sector.

Lawmakers on the chamber’s banking committee differed significantly, however, on whether FTX exemplified wider industry dangers or merely a run-of-the-mill fraud that could occur at any business. In turn, they indicated a range of opinions on the type and extent of crypto regulation.

Democrats expressed concern about systemic flaws in the crypto industry raised by the FTX debacle, while some Republicans characterized the corporate collapse as a one-off instance of fraud divorced from the promising financial technology that enabled it.

Sam Bankman-Fried is ‘the villain’

“The myth of Sam Bankman-Fried and his crypto trading success was supposed to impress us,” Sherrod Brown, D-Ohio, said. “In this story, Bankman-Fried was the shiny object. Now he’s the villain.”

“But this story is bigger than one person and one firm,” he added.

Sen. Pat Toomey, R-Pa., also skewered the mismanagement of FTX but said its corporate collapse does not reflect negatively on the potential economic value of cryptocurrency.

“We owe it to each customer to get to the bottom of the FTX implosion,” Toomey said. “While all the facts have not yet come to light, we’ve clearly witnessed wrongdoing that was almost certainly illegal.”

“The wrongful behavior that occurred here is not specific to the underlying asset,” he added. “FTX and cryptocurrencies are not the same thing.”

FTX, previously valued at $32 billion, declared bankruptcy in November, within weeks of a customer sell-off totaling billions of dollars.

Bankman-Fried, 30, was arrested Monday in the Bahamas after federal prosecutors in New York filed an eight-count indictment including allegations of fraud and conspiracy, according to the Royal Bahamas Police Force.

“Mr. Bankman-Fried is reviewing the charges with his legal team and considering all of his legal options,” Cohen said in a statement.

Bankman-Fried’s application for bail was denied on Tuesday after a judge determined he was too much of a flight risk. He will be remanded until Feb. 8, 2023, to the Bahamas Department of Corrections.

Sen. Cynthia Lummis, R-Wyo., characterized the collapse of FTX as “good old-fashioned fraud,” but defended the innovative potential of cryptocurrency.

“FTX is a failure of people, safeguards and regulation — it’s not a failure of technology,” she said, adding that the cryptocurrency industry requires regulation.

Bipartisan legislation introduced by Sen. Elizabeth Warren, D-Mass., and Sen. Roger Marshall, R-Ky., on Wednesday aims to address the use of cryptocurrency for illicit activities by applying a current set of anti-money laundering rules to digital currency, including Know Your Customer requirements — rules that require banks and other financial institutions to understand the profile of and risks posed by a customer.

“Crypto has become the preferred tool for terrorists, for ransomware gangs, for drug dealers and for rogue states that want to launder money,” Warren said.

Hilary J. Allen, a professor at American University Washington College of Law and a witness at the hearing, proposed an outright ban on cryptocurrency in the U.S.

“A ban on crypto would be the most straightforward way of protecting both investors and the financial system,” she said. “It would end the uncontrolled creation of crypto assets and also ensure that crypto assets never require a bailout.”

Other witnesses supported regulation but indicated that cryptocurrency technology offers significant value for the nation’s economy, cautioning against aggressive action that could hinder the value generated by the sector.

Kevin O’Leary, an entrepreneur and host of the television show “Shark Tank,” who previously endorsed FTX as a paid promoter, said the downfall of the company would ultimately highlight the transparency delivered by cryptocurrency, as customers seek to recover lost funds.

“I think what’s going to happen as we peel the onion on FTX over the next year or two is the shining outcome of the success of the blockchain to track these assets will become the focus of everybody,” he said.

Sen. Tina Smith, D-Minn., sought to to bring attention to the FTX customers who stand to lose their investments on the platform after its collapse.

“We shouldn’t lose sight of the fact that millions of dollars disappeared overnight,” she said. “This is money that belonged to people who couldn’t afford to lose their money.”