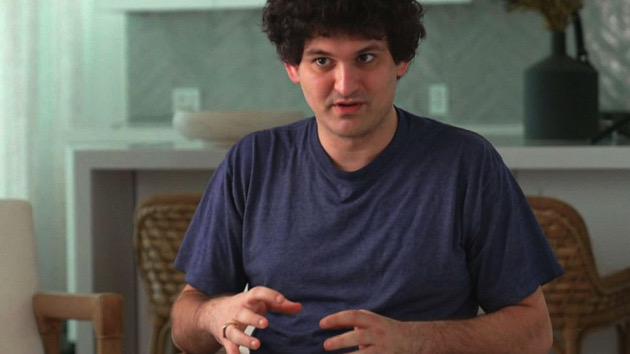 (NEW YORK) — Sam Bankman-Fried has landed in the U.S. to face federal charges after agreeing to extradition in a Bahamian court on Wednesday.

The disgraced former CEO was put on a U.S. government plane for a flight to New York. He landed in Westchester County Airport.

“I hereby consent in writing to be extradited without formal extradition proceedings,” Bankman-Fried said in a signed affidavit in the Bahamas earlier Wednesday.

He took the witness stand to confirm his signature and that his decision was voluntary.

“I therefore formally commit you to custody while you await your extradition,” Magistrate Shaka Serville said.

The Bahamian Foreign Ministry said the foreign minister signed the warrant of surrender, which allowed the extradition.

The move came a day after Bankman-Fried signed extradition papers in the Bahamas, where he lived in a multimillion-dollar mansion, after waffling on the decision since his initial court appearance last week.

Bankman-Fried was arrested last week in the Bahamas after federal prosecutors in New York filed an eight-count indictment including allegations of fraud and conspiracy.

He had been expected in court Tuesday but did not appear, even as his lawyers and U.S. consular officials waited for two hours.

At the court hearing on Monday, however, Bankman-Fried did not waive his right to deny extradition as expected, instead asking to see a copy of the U.S. indictment and speak to his New York-based attorney.

Bankman-Fried has been held in the medical ward of the island’s Fox Hill prison, after an application for bail was denied when a judge determined he was too much of a flight risk.

In addition to the criminal charges, Bankman-Fried faces related civil lawsuits from the Securities and Exchange Commission and the Commodity Futures Trading Commission.

Some crypto traders, who deposited their savings on the platform, fear they may never get their money back.

John Ray, the new CEO of FTX, who oversaw the dissolution of Enron, told members of the House last week that FTX lacked corporate controls to an extent he had never witnessed, characterizing the company’s conduct as “old-fashioned embezzlement.”