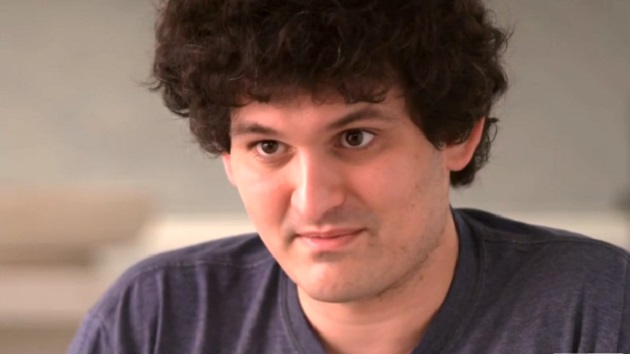 (NEW YORK) — Sam Bankman-Fried, who is facing charges in the United States following the collapse of his cryptocurrency company, FTX, is prepared to waive extradition from the Bahamas during a court appearance that could occur as soon as Monday, multiple sources familiar with the matter told ABC News.

Federal prosecutors in New York charged Bankman-Fried, 30, in an eight-count indictment with stealing billions of dollars from FTX customers and investors and using it to pay off debts and expenses in his privately-held hedge fund, Alameda Research, and to buy lavish real estate and make $35 million in political donations.

A judge denied Bankman-Fried bail in the Bahamas, where he was arrested on Dec. 12, and has been held in the medical ward of the island’s Fox Hill prison.

Initially, Bankman-Fried declined to waive his right to challenge extradition to the U.S., but, according to the sources, the crypto executive is expected to reverse his position as soon as Monday if his bid to be released on bail is unsuccessful.

After federal charges against him were unsealed, defense attorney Mark Cohen said Bankman-Fried was reviewing the indictment and considering his options.

A U.S. government plane is waiting in the Bahamas to bring Bankman-Fried to New York, where he lived in a $30 million penthouse while running FTX until it collapsed in a $32 billion bankruptcy in November.

A source familiar with the charges told ABC News that Bankman-Fried is facing a multi-count fraud indictment. In addition to the criminal charges, Bankman-Fried faces related civil lawsuits from the Securities and Exchange Commission and the Commodity Futures Trading Commission.

Since the collapse of FTX, federal prosecutors in the Southern District of New York have been looking at Bankman-Fried, sources have told ABC News.

FTX was once a crypto darling, receiving endorsements from such celebrity athletes as Tom Brady, Naomi Osaka and Stephen Curry. The company filed for bankruptcy protection in November after a rival cryptocurrency exchange announced it was backing out of a plan to acquire it.

Bankman-Fried was arrested on the eve of his scheduled testimony before the House Financial Services Committee in a hearing titled “Investigating the Collapse of FTX, Part 1.”