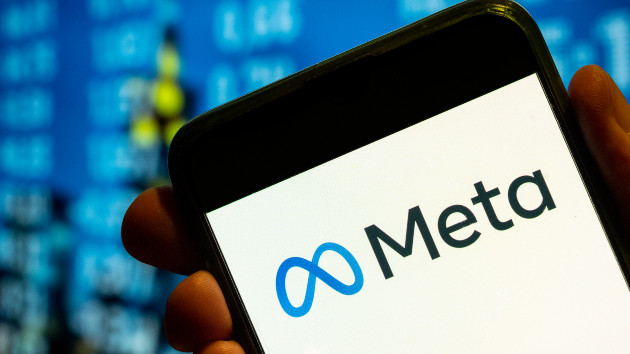 (NEW YORK) — Meta, the parent company of Facebook, reported a second consecutive quarter of declining sales on Wednesday, as the company contends with a widespread drop in online ad spending and rising competition from TikTok.

In addition, an Apple iOS privacy update last year, which limits the capability of advertisers to target users, has continued to weigh on ad sales at the heart of Meta’s business.

Shares of Meta were down more than 10% in after-hours trading immediately after the announcement.

Meanwhile, the company reported 2.93 billion daily active users on its family of apps, which includes Facebook, Instagram, WhatsApp and Messenger. That figure comprises 4% year-over-year growth, which matches the rise in daily users reported over the prior quarter.

The company’s stock price has fallen roughly 60% in 2022, more than double the decline experienced by the tech-heavy NASDAQ.

The continued revenue decline marks the latest in a series of challenges for Meta this year, including the announcement in June that Chief Operating Officer Sheryl Sandberg would depart the company as well as difficulty yielding revenue from its multi-billion-dollar investment in its metaverse project.

Meta declined to respond to a request for comment.

The company has drawn criticism from some investors lately over its large investment in its metaverse project, which has yet to deliver significant returns.

Brad Gerstner, whose fund Altimeter Capital holds hundreds of millions of dollars worth of Meta stock, sharply criticized the company’s strategy in an open letter this week.

“Meta has drifted into the land of excess – too many people, too many ideas, too little urgency,” Gerstner wrote. “This lack of focus and fitness is obscured when growth is easy but deadly when growth slows and technology changes.”

Gerstner called on the company to cut staffing costs by 20% and limit spending on its metaverse project to $5 billion per year.

“Meta needs to get its mojo back,” he wrote.

The report from Meta arrives a day after Microsoft and Google-parent Alphabet announced lackluster quarterly earnings.

Microsoft’s revenue grew at its slowest pace in five years, sending shares in the company tumbling 6%. Alphabet, meanwhile, said its advertising sales rose at its lowest rate in nearly a decade.