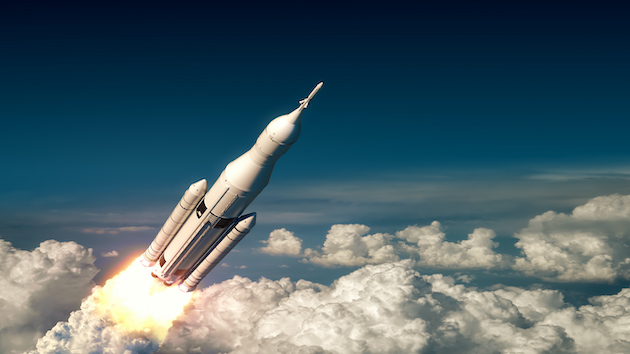 (LONG BEACH, Calif.) — As deep space exploration increasingly becomes a new frontier for the private sector, a California-based firm announced Tuesday it had been awarded contracts to design two spacecraft that will go to Mars as part of a NASA mission.

Long Beach-based Rocket Lab, which announced in April it intends to go public via a Special Purpose Acquisition Company, said Tuesday that it had won a contract to design twin spacecraft for an upcoming mission to Mars that’s being led by researchers at University of California, Berkeley Space Sciences Laboratory.

The Escape and Plasma Acceleration and Dynamics Explorers (ESCAPADE) mission, part of NASA’s Small Innovative Missions for Planetary Exploration, has the goal of sending two spacecraft to orbit Mars and get a better understanding of unique elements of the red planet’s atmosphere and how its climate has changed over time. The launch is scheduled for 2024.

After an 11-month journey, the Rocket Lab’s two “Photon” spacecraft will enter an elliptical orbit around Mars and stay there for at least one year.

While space exploration has historically taken the resources and backing of entire nations, in recent years a handful of private sector players have emerged and shaken up who has access to the cosmos — and how much it costs.

NASA’s successful “Commercial Crew” program has even tapped private companies such as SpaceX and Boeing to launch humans into space, and a number of other firms to complete unmanned missions. NASA previously has said these public-private partnerships have helped keep costs down significantly — one Colorado-based firm is only charging NASA $1 to go to the moon and bring back a sample — while still promoting American innovation.

Peter Beck, Rocket Lab’s founder and CEO, said the mission his company is gearing up for “will deliver big science in a small package.”

“Planetary science missions have traditionally costed hundreds of millions of dollars and taken up to a decade to come to fruition,” Beck said in a statement. “Our Photon spacecraft for ESCAPADE will demonstrate a more cost-effective approach to planetary exploration that will increase the science community’s access to our solar system for the better.”