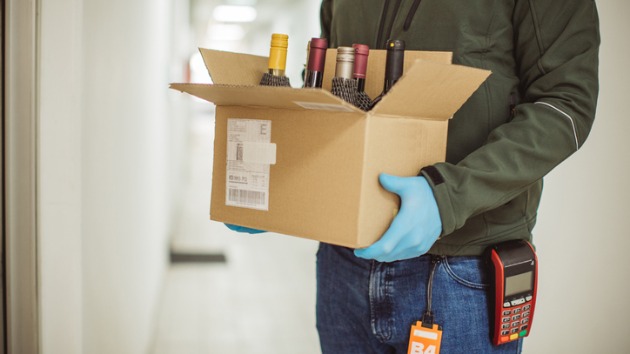 (NEW YORK) — New Yorkers can once again cozy up to a bar and eat inside restaurants, but as of Friday the additional revenue stream and lifeline for the struggling hospitality industry — and perk for the 21-and-older crowd amid the pandemic — will come to an end.

Bars and restaurants selling liquor to-go and for delivery is officially a thing of the past after the State Liquor Authority and Gov. Andrew Cuomo announced the state of emergency ends on Thursday.

“While the lifting of the emergency order is a welcome milestone to the end of the pandemic, with it comes the sudden end to alcohol to go. A permanent extension of alcohol to go is supported by 78% of New Yorkers, but the Legislature failed to extend it and now the Executive Order has ended,” the SLA said in a statement. “Only in New York would elected officials ignore an overwhelming majority of the public. Restaurants are struggling to find staff, keep up with rising costs and manage a limited supply of goods, and nearly two thirds of the applicants will not receive Restaurant Relief Funds. New York State must do more to help, not hurt, our restaurant industry.”

Immediately following Wednesday’s announcement the New York City Hospitality Alliance — a nonprofit organization representing hundreds of restaurants and nightlife establishments — released a statement saying, “The sudden elimination of alcohol to-go will hurt many businesses that have come to rely on this critical revenue stream.”

Cuomo previoulsy acknowledged that “these businesses that have been devastated by the pandemic” and extended the to-go sales through July 5.

Now, the early end to liquor to-go for restaurants and bars, with the exception of beer which was sold to-go prior to the pandemic, has felt like a letdown for many owners and operators that utilized the lifeline to boost sales.

Dante, an award-winning restaurant and cocktail bar, has had great success with the takeout and delivery model and its owner looked at the stopgap measure for takeaway as a positive opportunity to continue serving the community.

“As soon as the changes were brought into effect, which allowed cocktails to be purchased both for pick-up and delivery, with food, we saw this as an opportunity to try and keep the business operational, which would allow us to retain staff whilst continuing to provide a service to the community,” Linden Pride, the owner of the Greenwich Village staple, told ABC News.

The Distilled Spirits Council, a trade association that has helped lobby to keep to-go alcohol sales across the U.S., said bills to make the sales permanent have passed in 15 states and extended the period in another 12 states.

According to the association, more than 35 states began allowing restaurants and bars to sell cocktails to-go as a COVID-19 economic relief measure.

Earlier this month when New York hit the 70% milestone of adults who had received at least one dose of the vaccine, he announced a sweeping relaxation of restrictions tied to the precautions put in place from the COVID-19 outbreak as vaccinations continue and cases decrease.

While the federal government made moves with the Small Business Association to fund a restaurant relief grant program, owners and operators who lost revenues over the last 15 months have pleaded for additional help.