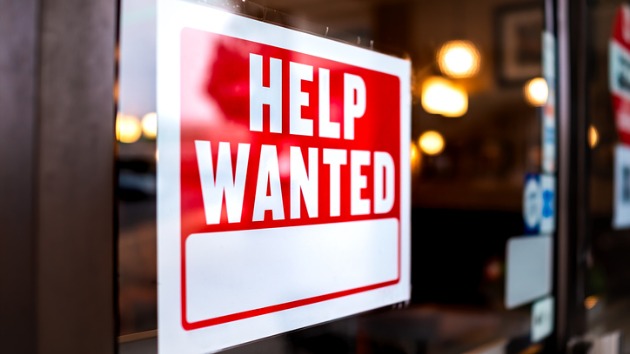 Businesses across the country are blaming a “workforce shortage” for being understaffed or closed. But workers in the industry say poor labor practices are pushing potential employees away.

“It’s stressful working for a billion-dollar company when they’re not caring for the workers,” said Ieshia Townsend, a McDonald’s employee in Chicago, Illinois. She has worked at the McDonald’s location since 2015. “Even during COVID-19, we had to literally go on strike just for masks, just for gloves, just for supplies and protection to protect the workers, which should have been set in place.”

Signs have been taped to the doors, drive-thru speakers and facades of fast-food and fast-casual restaurants with descriptions of long workdays, no lunch breaks and poor pay to accommodate for the risk of the ongoing coronavirus pandemic. Some of the signs stated that many workers are no longer showing up for their shifts.

Employees across the country are searching for ways to make their workplaces more safe.

Edward Dialecio, who has worked at a New York City Chipotle for over a year, is one of many workers fighting for a union. He has been organizing with 32BJ SEIU.

“It’s a constant fight to create the conditions that we want and things have been changing for the better the more pressure we put on,” Dialecio said.

A sign on an unknown Chipotle door recently went viral on social media. It said: “Ask our corporate offices why their employees are forced to work in borderline sweatshop conditions for 8+ hours without breaks. We are overworked, understaffed, underpaid, and underappreciated.”

Chipotle is being sued by the City of New York for violating a law that requires fast-food chains to give their employees stable schedules. The lawsuit, filed on April 28, claims there have been almost 600,000 violations of the law and $151 million is owed to workers because of workplace violations.

According to the lawsuit, Chipotle violated the Fair Workweek Law that was passed in 2017, which states that employers “must give workers good faith estimates of when and how much they will work, predictable work schedules and the opportunity to work newly available shifts before hiring new workers.”

In a statement to Insider, Chipotle’s Chief Corporate Affairs Officer Laurie Schalow said: “We make it a practice to not comment on litigation and will not do so in this case, except to say the proceeding filed today by DCWP is a dramatic overreach and Chipotle will vigorously defend itself. Chipotle remains committed to its employees and their right to a fair, just, and humane work environment that provides opportunities to all.”

In light of the recent demands from workers on poor working conditions, Chipotle Mexican Grill announced in a press release that it would increase restaurant wages to $15 by the end of June. It also introduced a new employee referral bonus, where employees can earn $200 for crew member referrals and $750 for higher ranking positions. The press release also stated that workers now have more opportunities for promotions and can advance in as quickly as three years.

The news also comes as Chipotle looks to hire 20,000 new workers in restaurants across the country.

“Chipotle is committed to providing industry-leading benefits and accelerated growth opportunities, and we hope to attract even more talent by showcasing the potential income that can be achieved in a few short years,” Marissa Andrada, the chief diversity, inclusion and people officer at Chipotle, said in the release.

Chipotle did not respond to ABC News’ request for comment.

McDonald’s workers in 15 states are also demanding union representation. They will be going on strike on May 19 before the annual shareholder meeting to demand a $15 hourly wage and union representation for cooks and cashiers. In 2020, McDonald’s earned almost $5 billion in profits and workers are demanding that they get their share.

In a January investor call about Q4 earnings, McDonald’s CEO Chris Kempczinski said the company is doing “just fine” in states where wages are above the federal minimum of $7.25.

Union organizers say they have been demanding a raise long before the pandemic and the fight has become more urgent. Townsend, who has been part of the Fight for $15 movement since 2016, said the job has become more dangerous since the start of the pandemic. When she comes home from work, she enters only through the back door and takes a shower before hugging her kids every day. She and her colleagues fear they’ll pass on the virus to their loved ones.

McDonald’s did not respond to ABC News’ request for comment.

Heidi Shierholz, a senior economist and director of policy at the Economic Policy Institute, said there is some evidence of a labor shortage in the leisure and hospitality industry. Wages may be slowly increasing but they’re still not high enough to attract workers, she argued.

If employers want to bounce back, they need to address workforce concerns, Shierholz recommended.

“Listen to what workers need and then try to meet those,” she said. “People’s lives are just a lot more chaotic than they were before the recession. As much as policies can be adjusted to make room for that, that will help attract workers.”