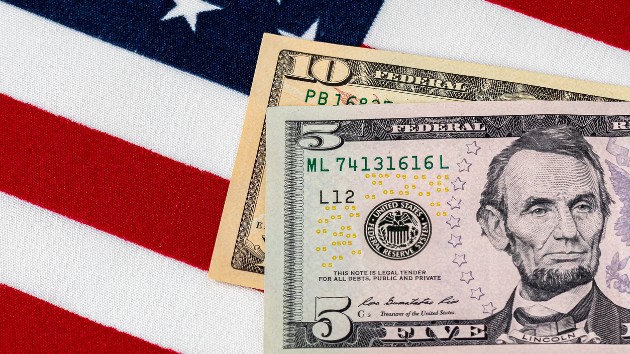 But the report also says the minimum wage increase would pull 900,000 Americans out of poverty, a figure that proponents of the increase are already highlighting.

“In the richest nation on Earth, there’s no excuse to pay workers a poverty wage — every job has dignity and every worker deserves a livable wage,” said Congressional Progressive Caucus Chair Pramila Jayapal, D-Wash., in a statement.

Still, the risk of a 0.9% job loss could pose a political challenge for the Biden administration. Asked Monday about the CBO report, White House press secretary Jen Psaki said only that she didn’t have a chance to review it with the White House economic team before the briefing, but said the president is “firmly committed to raising the minimum wage to $15.”

The White House pushed back later Monday on the CBO’s assessment that 1.4 million jobs would be lost because of Biden’s proposed $15 minimum wage hike, saying that’s “overstated” and that other research shows “at most, a modest effect on employment.”

The minimum wage increase is included in Biden’s $1.9 trillion COVID-19 relief package. The administration has portrayed it as a way to help essential frontline workers who have had to risk themselves to virus exposure to keep businesses like grocery stores and restaurants running during the pandemic.

The CBO is a nonpartisan agency that offers estimates to lawmakers on how proposed laws could affect the economy.

According to the CBO report, 17 million Americans would eventually receive higher wages if the increase were enacted. Overall, the increase would lead workers to receive $333 billion more in wages, even after factoring in potential job loss.

But prices would increase on certain goods, particularly those whose production relies on low-wage workers, like restaurant food.

In an interview that was recorded Friday and aired Sunday, President Joe Biden acknowledged that it might be difficult to achieve the minimum wage hike through reconciliation, a special budgetary tool on Capitol Hill that would allow the bill to pass without any Republican support.

“My guess is it will not be in it. But I do think that we should have a minimum wage stand by itself, $15 an hour, and work your way up to the 15 — it doesn’t have to be ‘boom.’ And all the economics show, if you do, that the whole economy rises. I’m prepared, as president of the United States, on a separate negotiation on minimum wage, to work my way up from what it is now, which is — look, no one should work 40 hours a week and live below the poverty wage. And if you’re making less than $15 an hour, you’re living below the poverty wage,” Biden said in a CBS News interview.

The current federal minimum wage is $7.25 and hasn’t been raised since 2009. Many states and cities, like Seattle, have instituted higher minimum wages, and Biden administration officials, including Treasury Secretary Janet Yellen, have cited economic studies of those states to show raising the minimum wage does not lead to significant job loss.

“The findings are that the job loss is very minimal, if anything,” Yellen said during her Senate confirmation hearing. “So I think that the likely impact on jobs is minimal, that’s my reading of the research.”