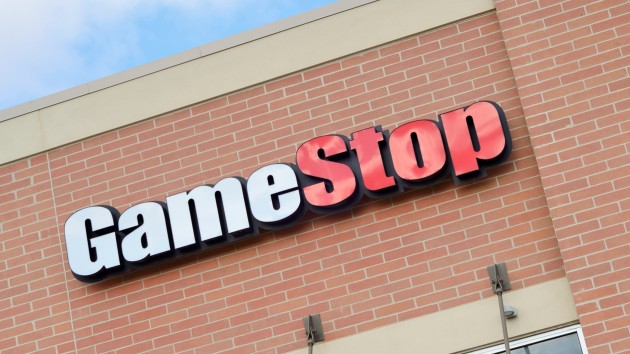 (WASHINGTON) — Lawmakers grilled chief executives and a Reddit user who goes by the moniker “DeepF***ingValue” during a hearing Thursday that aimed to unearth more about the GameStop stock market mania that sent Wall Street reeling late last month.

The hearing came after an unprecedented series of events upended financial markets as an army of individual investors using do-it-yourself trading platforms such as Robinhood loosely organized on a Reddit forum and sent stock for the struggling retailer GameStop soaring. GameStop shares skyrocketed some 1,600% in January, and hedge funds shorting the stock ended up losing heavily when they closed positions.

In the midst of the battle that seemingly pitted everyday investors against institutional Wall Street firms, however, some trading platforms including Robinhood abruptly restricted transactions on GameStop trades. The move drew immediate backlash from lawmakers on both sides of the aisle, though Robinhood later said this was not because it was trying to prevent people from buying the stock, but rather due to financial clearinghouse-mandated deposit requirements that increased amid the volatility.

Robinhood’s Tenev opened by talking about how the company he co-founded helped break down traditional barriers for many to enter financial markets. Tenev also refuted allegations that trading restrictions in the aftermath of the GameStop volatility were put in place to help hedge funds.

“There are two points I want to make clear about the temporary restrictions: First, Robinhood Securities put the restrictions in place in an effort to meet increased regulatory deposit requirements, not to help hedge funds,” he said.

Tenev then delved into how the clearinghouse processes currently operates, and advocated for real-time settlement rather than the current system which takes two days for an equities transaction to be cleared and settled by a clearinghouse.

“There is no reason why the greatest financial system in the world cannot settle trades in real time,” Tenev said.

“I want to be perfectly clear: we had no role in Robinhood’s decision to limit trading in GameStop or any other of the ‘meme’ stocks,” Griffin said. “I first learned of Robinhood’s trading restrictions only after they were publicly announced.”

Griffin added that the events have highlighted opportunities to improve markets and called for shortened settlement cycles, as Tenev did.

Plotkin of Melvin Capital — a hedge fund that took a significant loss amid the GameStop saga — similarly said his firm had nothing to do with Robinhood’s decisions to restrict trading.

“I understand that part of the focus of this hearing is the decisions of stock trading platforms to limit trading in GameStop,” Plotkin said. “I want to make clear at the outset that Melvin Capital played absolutely no role in those trading platforms’ decisions. In fact, Melvin closed out all of its positions in GameStop days before platforms put those limitations in place.”

“Like you, we learned about those limits from news reports,” Plotkin added.

Moreover, Plotkin said that contrary to many reports, “Melvin Capital was not ‘bailed out’ in the midst of these events.”

“Citadel proactively reached out to become a new investor, similar to the investments others make in our fund. It was an opportunity for Citadel to ‘buy low’ and earn returns for its investors if and when our fund’s value went up,” he said.

Reddit’s Huffman discussed the platform’s role in the drama and advocated for the r/WallStreetBets community.

“WallStreetBets may look sophomoric or chaotic from the outside, but the fact that we are here today means they’ve managed to raise important issues about fairness and opportunity in our financial system,” Huffman stated. “I’m proud they used Reddit to do so.”

Huffman said that an internal investigation found that bots, foreign actors or others players were not involved in the GameStop-related activity on r/WallStreetBets.

Finally, Gill — the Reddit user many say initiated GameStop’s surge — discussed how he touted GameStop stock as a value investment to his online base because he believed in the company.

Gill said he grew up shopping at GameStop and believes the company still holds value, emphasizing he is not a hedge fund or someone who provides investment advice for fees or commissions.

Gill said the r/WallStreetBets forum is where everyday investors came to discuss stocks, similar to how they would if they gathered at a bar.

“Hedge funds and other Wall Street firms have teams of analysts working together to compile research and critique investment ideas, while individual investors have not had that advantage,” Gill said. “Social media platforms like YouTube, Twitter, and Reddit are leveling the playing field.”

Gill ended his opening remarks by saying he remains “bullish” on GameStop stock.

Juneteenth and its implications for the economy and generational wealth