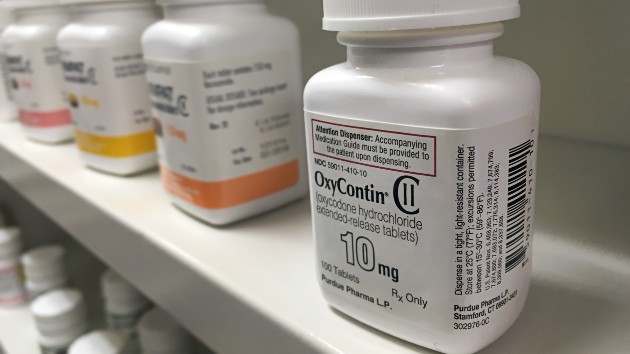 A federal bankruptcy court judge in White Plains, New York, allowed Purdue to begin soliciting support for its Chapter 11 reorganization plan, which would dissolve the drug company and reestablish it as a public trust. Over 600,000 claimants will now start to receive ballots regarding the plan.

Purdue filed for Chapter 11 protection in 2019 as it faced thousands of lawsuits across the country over its aggressive marketing of OxyContin and other opioid products.

The company said the reorganization plan would deliver more than $10 billion in value to communities ravaged by the opioid epidemic and provide millions of doses of opioid addiction treatment and overdose reversal medications.

“Approval of the Disclosure Statement and commencement of the solicitation period is the next key milestone toward approval of Purdue’s historic Plan of Reorganization, which has the potential to improve public health by speeding resources to communities and individuals affected by the opioid crisis,” Steve Miller, chairman of Purdue’s board of directors, said in a statement. “That is what we have been working toward since the 2019 bankruptcy filing.”

Judge Robert Drain advanced the reorganization plan over the objections of dozens of state attorneys general, who have charged that members of the billionaire Sackler family, some of whom founded and own Purdue, would improperly benefit from the bankruptcy.

If approved, the reorganization plan would make members of the Sackler family, who have asserted they’ve acted legally and ethically, immune from opioid lawsuits. In return, under the plan, the Sackler family has agreed to pay $4.275 billion in personal money over nine years toward the settlement of opioid lawsuits and have no involvement in the new company.

Supporters of the reorganization plan have argued it’s the best chance for opioid sufferers to receive money.

In a statement Thursday, Purdue touted that “the plan would transfer billions of dollars of value into trusts for the benefit of the American people,” though a disclosure statement filed by Purdue Thursday in bankruptcy court shows the total dollar amount is about $1.3 billion over the next five years.

The reorganization plan also includes the establishment of an online repository for more than 13 million documents — a public airing of evidence not seen since the 1998 tobacco settlement. However, the plan stated that the documents should not “reveal the names or email addresses of individual employees or former employees” of Purdue.

The redactions would conceal the identities of those who led Purdue to twice plead guilty to federal charges, most recently in November.

A final confirmation hearing on the plan is scheduled for Aug. 9.