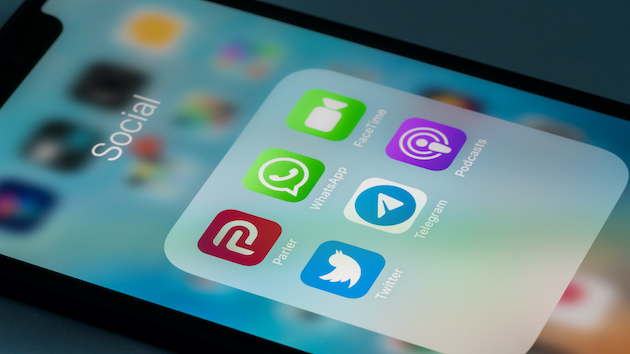 (NEW YORK) — The social media platform Parler, which gained immense popularity among conservatives, has reemerged online after being forced to go dark in the wake of the riot attack at the U.S. Capitol building last month.

After the Jan. 6 attack on the Capitol by a mob of pro-Trump supporters, Amazon yanked its web-hosting services for Parler, essentially forcing it offline. Amazon Web Services cited posts on the platform inciting violence, and Parler’s inability or unwillingness to promptly remove this type of content.

Parler did not immediately respond to ABC News’ request for comment on the relaunch Tuesday, but its website now appears back up and running after an approximately month-long hiatus.

“Speak freely and express yourself openly, without fear of being ‘deplatformed’ for your views,” Parler states on its revamped website. “Engage with real people, not bots. Parler is people and privacy-focused, and gives you the tools you need to curate your Parler experience.”

After speculation swirled over Parler’s new web hosting platform since being booted by Amazon, California-based firm SkySilk Cloud Services issued a statement confirming it was providing cloud infrastructure and support services for the beleaguered platform.

“SkySilk feels that Parler is taking the necessary steps to better monitor its platform and applauds their release of new Community Guidelines,” SkySilk CEO Kevin Matossian said in a statement on the company’s Twitter page. “Once again, this is not a matter of SkySilk endorsing the message, but rather, the right of the messenger to deliver it.”

“SkySilk will support Parler in their efforts to be a nonpartisan Public Square as we are convinced this is the only appropriate course of action,” Matossian added.

In the new community guidelines, shared on Parler’s site and dated Feb. 14, the company states, “Parler will not knowingly allow itself to be used as a tool for crime, civil torts, or other unlawful acts.”

“We will remove reported user content that a reasonable and objective observer would believe constitutes or evidences such activity,” the guidelines added. “We may also remove the accounts of users who use our platform in this way.”

Fellow tech giants Apple and Google previously responded to the Capitol insurrection by removing Parler from their app stores. As of Tuesday, the app does not appear on Apple’s App Store or Google’s Play app store — though Parler’s website includes step-by-step directions on how to install the app on an Android device without the use of the Google Play store.

Dallas woman made over $450,000 reselling secondhand items online — here’s how you can, too