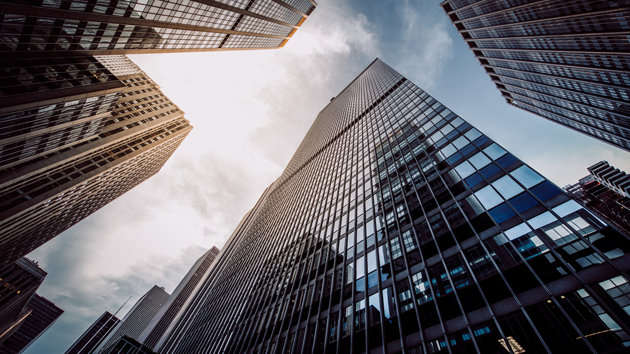 Organizers of the Climate Pledge announced Monday a total of 86 new signatories, bringing the total number of companies involved to 201. The new commitments come as the United Nations General Assembly kicks off in New York City, with climate change talks expected to take center stage among the high-profile meeting of world leaders.

It also comes in the wake of a recent report from a U.N. panel — that U.N. Secretary-General António Guterres called a “code red for humanity” — warning of dire environmental consequences if immediate action is not taken to cut back greenhouse gas emissions.

ASOS, Nespresso and Selfridges are among some of the other household names who joined the pledge Monday. Altogether, pledge signatories employ more than 7 million employees across 26 industries in 21 countries.

“I believe that now, more than ever, companies like Amazon have an obligation to lead the fight for our planet,” Andy Jassy, Amazon’s CEO, said in a statement Monday.

“But, solving this challenge cannot be accomplished by one company; it requires all of us to act together, and it’s one of the reasons we’re so excited to announce that more than 200 businesses have joined us in signing The Climate Pledge — a commitment to reach the goals of the Paris Agreement 10 years early,” Jassy added.

“P&G has made significant progress over the past decade and we know we must do more,” Taylor added. “The task ahead is urgent, difficult, and much bigger than any single company can solve alone. P&G is proud to join The Climate Pledge as we work together to preserve our shared home for generations to come.”

If all of the firms followed through on their promise, they would collectively mitigate some 1.98 billion metric tons of carbon emissions by 2040, according to an estimate from initiative organizers, or 5.4% of the current global annual emissions.

The firms have committed to measuring and reporting their greenhouse gas emissions on a regular basis, implement decarbonization strategies in line with the Paris Agreement’s goalposts, and neutralize any remaining emissions with additional and quantifiable offsets.

A report issued last month by a U.N. panel that warned that the impacts of human-caused climate change are severe and widespread — and that while there is still a chance to limit that warming, some impacts will continue to be felt for centuries.

The report from the U.N.’s Intergovernmental Panel on Climate Change called for “immediate, rapid and large-scale reductions in greenhouse gas emissions” in order to limit future warming to 2 degrees Celsius over pre-industrial levels, as is the goal of the Paris Agreement by 2050. The report also warned that unless greenhouse gas emissions are drastically reduced, the world will exceed 1.5 degrees of warming in the next 20 years.

When calling the report a “code red,” U.N. Secretary-General António Guterres added that, “The alarm bells are deafening, and the evidence is irrefutable: greenhouse‑gas emissions from fossil-fuel burning and deforestation are choking our planet and putting billions of people at immediate risk.”

Jeff Bezos, Amazon’s then-CEO, announced the Climate Pledge and the company’s plan to commit to net-zero carbon emissions by 2040 — a decade ahead of the international Paris Agreement — in 2019. At the time, Bezos said that if Amazon “can meet the Paris Agreement 10 years early, then any company can.”

Christiana Figueres, the U.N.’s former climate chief and now founding partner of Global Optimism — the advocacy group spearheading the Climate Pledge with Amazon — said in a statement Monday that the IPCC report is the starkest warning yet that “the window of time to act decisively is narrowing.”

“This wake-up call from science must be faced with courage and conviction,” she added. “In this light, it’s encouraging that 86 more companies — some of the largest household names in the world — are now joining The Climate Pledge, committing to accelerate their actions to tackle climate change in a timely fashion, and playing their part in building a low-carbon economy.”

The private sector has faced immense pressure from consumers and even shareholders in recent years to address climate change. “Industry” accounted for a whopping 23% of greenhouse gas emissions in 2019, according to the U.S. Environmental Protection Agency, behind only transportation (29%) and electricity production (25%) — data some advocates say highlights the need for large-scale industry changes vs. putting the onus to tackle climate change solely on individuals.