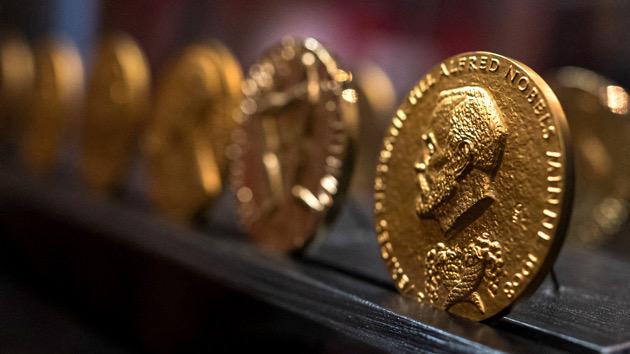 (NEW YORK) — The Nobel Prize in economics was awarded to Ben Bernanke, Douglas Diamond and Philip Dybvig on Monday for their research on banks and financial crises.

Bernanke, of The Brookings Institute, served as chair of the Federal Reserve from 2006 to 2014, where he oversaw the central bank’s response to the Great Recession. Diamond is a professor at The University of Chicago. Dybvig is a professor at Washington University in St. Louis.

“The laureates’ insights have improved our ability to avoid both serious crises and expensive bailouts,” Tore Ellingsen, Chair of the Committee for the Prize in Economic Sciences, said in a statement.

Winners receive 10 million Swedish kronor, about $911,765, which is usually split between winners when the prize is shared. In addition to the prize money, each of the winners will receive an 18-karat gold medal.

The previous Nobel Prize in economics, for 2021, went to two sets of winners: David Card as well as Joseph Angrist and Guido Imbens.

Card, an economist at the University of California, Berkeley, received the honor for “his empirical contributions to labour economics,” including research showing that an increase in the minimum wage does not necessarily lead to fewer jobs, the Nobel Prize organization said.

The winners of this year’s prizes will be invited to receive them in Stockholm, Sweden on December 10, which marks the anniversary of Nobel’s death in 1896.

Nobel, a Swedish chemist best known for inventing dynamite, left some of his fortune to endow of annual prizes in a host of disciplines.