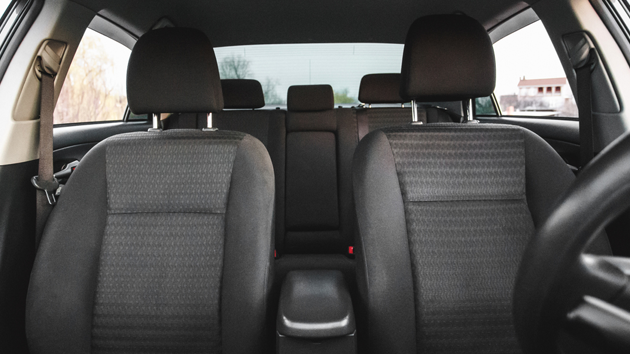 (New York) — This year, 17 children have already died after being left in hot cars. Since 1990, more than a thousand children have lost their lives. But a new technology on the market is aiming to prevent these tragedies.

The potentially life-saving innovation is an alarm in the 2022 Genesis GV70 that, according to the manufacturer, sounds as quickly as 10 seconds. Hidden inside the roof above the back seat is a radar that Genesis says can detect a child even if the only movement is a soft breath.

“You want something that is more fine-tuned and able to detect even those small motions that we’re making just by being a human, by breathing and our chest moving,” Thomas said.

She instructed her son Micah to stay as still as he could in his car seat, started the car as if driving away and then turned it off as if she’s reached her destination. She then got out of the vehicle, closed the door and locked it.

Even with Micah staying still and wearing a mask, the alarm went off in 20 seconds.

The system will also send the driver a notification on their phone if they have the Genesis app downloaded.

But it doesn’t come without drawbacks.

“The biggest shortcoming is that the system only works once the vehicle has been locked,” Thomas said.

Other manufacturers like GM and Ford have also unveiled occupant alert systems, but the rear door has to be opened at some point during the trip to activate it.

The infrastructure bill before Congress would make hot car alert systems mandatory in all new cars.

“That is really what is needed to put an end to these terrible and unthinkable tragedies,” Janette Fennell, founder and president of KidsandCars.Org, told ABC News. “Cars can now be made with a technology that’s only $10 to $20 and it will save lives.”

Thomas explained that even if you don’t have a new car that has these systems, that there are things you can do now as a parent or caregiver to prevent these deaths.

“If I could tell parents and caregivers three things that they could do right now, even without this kind of technology, it would be first, create a routine where every single car ride, even if your child’s not with you, you check the backseat,” she said.

She recommends placing an object of yours in the back seat such as a phone, wallet or jacket — anything that you will need at the end of your trip.

“If you create that routine, you’re teaching your brain to always check the back, regardless of whether your child is there or not,” Thomas said.

Secondly, she says to create a visual reminder in the front seat when your child’s with you by putting a toy or a pacifier near you.

“We might think that we don’t need that,” she explained. “But our brains work very efficiently and at the base level, it recognizes routine. It puts us into muscle memory mode. And we just do the thing that we’re going to be doing and we always do. So changes in routine are often the cases where these situations happen.”

Her last tip is to always keep your vehicle locked at home and your keys out of reach.

“This helps to prevent that gained access scenario,” Thomas said. “And even if you don’t have kids, be a good neighbor, keep your vehicles locked and your keys out of reach. The kids in your neighborhood can get trapped inside your car.”