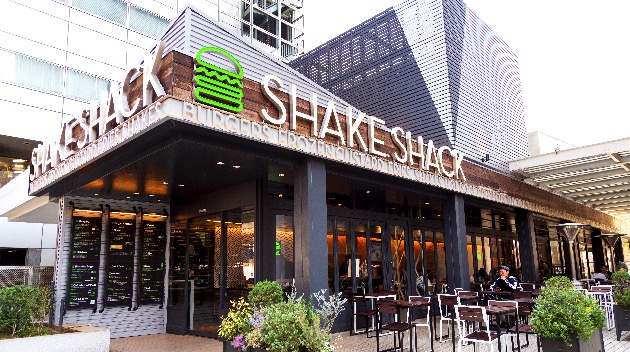 (NEW YORK) — A new milkshake is heading to Shake Shack in honor of Pride month.

On May 25, Shake Shack announced that the new, limited-edition Pride Shake will be available nationwide starting on June 1 until the end of the month.

The shake is made with strawberry and blackberry frozen custard, and is topped with a mango and passion fruit blend, whipped cream, and rainbow glitter.

The treat will be served in a cup specifically designed for Pride, which will feature the chain’s burger logo in the colors of an updated Pride flag.

The flag was reenvisioned in 2018 by Daniel Quasar and featured black and brown stripes to represent people of color as well as pink, blue, and white stripes to include the trans Pride flag.

Shake Shack has also committed to donating 5% of the sales — with a minimum donation of $50,000 — to The Trevor Project, a nonprofit organization that provides crisis intervention and suicide prevention for young people in the LGBTQ community.

“Shake Shack seeks to support and create safe spaces for LGBTQ+ employees and communities at a time when hatred against marginalized groups continues to escalate in this country,” said Idris Stover, Shake Shack’s director of diversity, equity, and inclusion, in a statement. “We’re honored to partner with The Trevor Project once again. And we are continuing to play our role as a business by taking action and continue being a champion during Pride Month and beyond.”