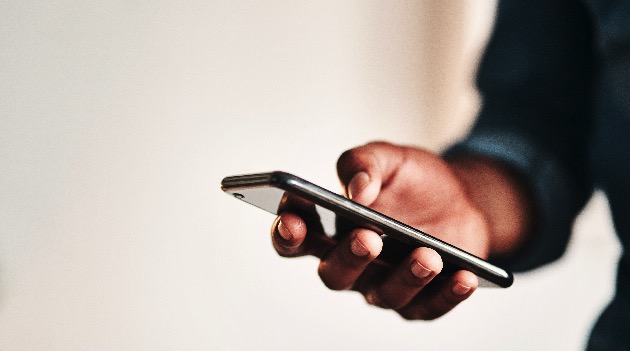 (NEW YORK) — In a display of motherly love and concern for her son’s safety, one mom created a mobile app that would protect Black drivers in the event they are pulled over by police.

Charmine Davis, a clinical psychotherapist in California, was concerned as her son neared driving age as Black drivers are more likely to be pulled over by police than white drivers.

“A driver’s license to me meant that he was going to be out in the world and I couldn’t protect him,” Davis told Good Morning America. “I just kind of pondered, ‘What can I do? How can I stay connected without stagnating this young man who was ready to venture off?"”

The Just Us app launched in August and currently has about 3,000 users. The name comes from a play on the word “justice.” There are three main features to the app.

All features have the ability to be hands-free with voice activation, something that Davis was adamant about due to the harsh reality that many Black drivers face.

“We know that a lot of incidents happen when folks reach for things,” Davis said. “And so the voice activation was so important to me because you’re not reaching for anything. There’s no misconceptions there.”

Despite her busy schedule, Davis went above and beyond the call of duty, even funding the project herself.

“She was so committed to it that she used her own money,” Candace Walker, a social impact technologist who worked with Davis on the app, told GMA. “And as you can imagine, this technology isn’t cheap to develop. So it was a big deal.”

“You can’t put a price on love,” Davis said of her monetary support.

Accountability and connection are other important aspects for Davis, who said the app keeps everyone accountable and that the more people who download the app, the safer they will be.

“Just from a cultural aspect, we have always — as African Americans and as people of color — put our safety in someone else’s hands,” she said. “And this is just a way to put it back in ours in a peaceful way. And we are connecting with law enforcement and saying, ‘This protects not just me, but you too."”

The app’s functionality extends beyond driving, and can be used in any situation where someone feels they’re in danger.

“We did a community meeting once, and one young lady said that she had used it on her college campus at night when she felt afraid,” Davis said. “She was just so happy to have it.”

The location data itself can be used as a way to bring up safety issues to policymakers and be an impetus for change. Walker noted that the data can be gathered to pinpoint specific areas — down to the street corners — that have high incident reports.

Davis used her experience working with families who have experienced domestic violence and sex trafficking to highlight how the app can be used in those situations as well.

“Even if their phone was taken, we would be able to see if they need help, and they would be able to get help because it has their location on it,” she said. “And it’s not like the phone will be talking so if someone is harming them, they would know that the police are on their way.”