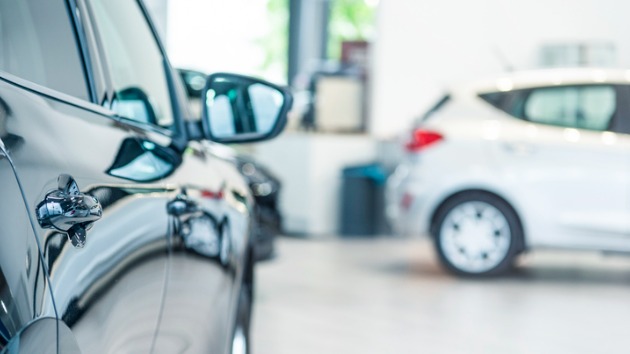 (WASHINGTON) — Nearly 1 in 10 recent car buyers, according to data from Cars.com, purchased their new vehicle in another state — with more than half driving at least 25 miles to a dealership.

Kelsey Mays, assistant managing editor of the automotive website, said increased demand and a global microchip shortage are to blame.

Many microchip manufacturers halted production during the pandemic, Ivan Drury, senior manager of Insights at Edmunds, told ABC News. Car companies cut back on chip orders while other technology companies bought as many chips as they could.

“These little chips are in literally everything you buy nowadays — everything from your cellphone to the PS5 that you want your kid to have, all the way up to your car, which might have hundreds or thousands of chips in it,” Drury said.

Mays said the survey found new car shoppers were more likely to go out of state than those buying used vehicles. Between January and April of this year, used car prices on Cars.com jumped 14%, according to Mays.

“These are all pretty significant indicators of where we are in terms of the shortage,” Mays said. “So it really does make sense that consumers are traveling a lot farther to find the car they need.”

Dealers in major cities like New York, Los Angeles, Chicago and Philadelphia tend to have the most inventory on the Cars.com site, Mays said, but “you wouldn’t just want to, like, drive to the middle of the next big city and start looking for car. You want to know that whatever you’re looking for is in stock there.”

Mays said there could be some relief in sight, as the Biden administration announced the formation of a task force to address the global chip shortage.

“This is going to be a squeeze that I think consumers are going to experience in the foreseeable future, but hopefully by Q3, Q4 it’ll kind of abate,” Mays said.

Mays also said it’s a good time for consumers to consider trading in their old vehicle when buying a new one.

“You’re very likely going to get a lot more money for it than you maybe thought you’re going to get, and that’s because trading values are almost certainly a lot higher,” Mays said. “It’s important for consumers to shop around to get multiple offers for their trade-in.”