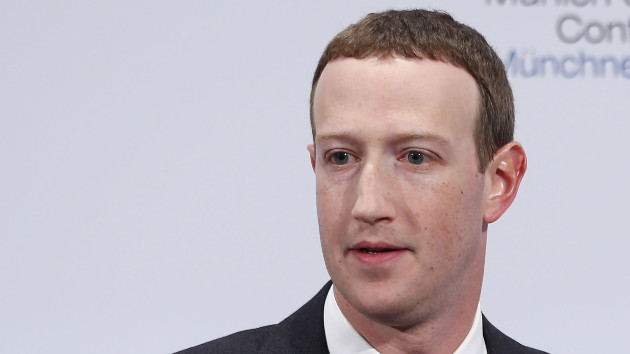 (NEW YORK) — Mark Zuckerberg has announced that Meta will be laying off 11,000 of its employees — an estimated 13% of its workforce — and will also be taking “a number of additional steps to become a leaner and more efficient company.”

In a message shared with Meta employees on Wednesday morning, Zuckerberg said he was making “some of the most difficult changes we’ve made in Meta’s history.”

“We are also taking a number of additional steps to become a leaner and more efficient company by cutting discretionary spending and extending our hiring freeze through Q1,” Zuckerberg said. “I want to take accountability for these decisions and for how we got here. I know this is tough for everyone, and I’m especially sorry to those impacted.”

Zuckerberg said that Meta will now be shifting their resources to a “smaller number of high priority growth areas” — which includes Meta’s AI discovery engine, its advertisements and business platforms and Zuckerberg’s much-discussed long-term vision for the development of the Metaverse.

“We’ve cut costs across our business, including scaling back budgets, reducing perks, and shrinking our real estate footprint,” Zuckerberg continued. “We’re restructuring teams to increase our efficiency. But these measures alone won’t bring our expenses in line with our revenue growth, so I’ve also made the hard decision to let people go.”

Shares of Meta Platforms, the parent company of Facebook and Instagram, climbed about 4% on the news in pre-market trading on Wednesday.

Zuckerberg took the opportunity to explain what led Meta to this point and why the decision was made in his company-wide message.

“At the start of Covid, the world rapidly moved online and the surge of e-commerce led to outsized revenue growth. Many people predicted this would be a permanent acceleration that would continue even after the pandemic ended. I did too, so I made the decision to significantly increase our investments,” said Zuckerberg. “Unfortunately, this did not play out the way I expected. Not only has online commerce returned to prior trends, but the macroeconomic downturn, increased competition, and ads signal loss have caused our revenue to be much lower than I’d expected. I got this wrong, and I take responsibility for that.”

Meta removed access to most of their internal systems for people who were laid off on Wednesday but will keep email addresses active and functioning through Wednesday “so everyone can say farewell.”

“The teammates who will be leaving us are talented and passionate, and have made an important impact on our company and community. Each of you have helped make Meta a success, and I’m grateful for it. I’m sure you’ll go on to do great work at other places,” said Zuckerberg. “This is a sad moment, and there’s no way around that. To those who are leaving, I want to thank you again for everything you’ve put into this place. We would not be where we are today without your hard work, and I’m grateful for your contributions.”

Meta reported a second consecutive quarter of declining sales last month, as the company contends with a widespread drop in online ad spending and rising competition from TikTok.

In addition, an Apple iOS privacy update last year, which limits the capability of advertisers to target users, has continued to weigh on ad sales at the heart of Meta’s business.

The layoffs on Wednesday mark the latest in a series of challenges for Meta this year, including the announcement in June that Chief Operating Officer Sheryl Sandberg would depart the company as well as difficulty yielding revenue from its multi-billion-dollar investment in its metaverse project.

The company has drawn criticism from some investors over its large investment in its metaverse project, which has yet to deliver significant returns.

“Meta has drifted into the land of excess – too many people, too many ideas, too little urgency,” Gerstner wrote. “This lack of focus and fitness is obscured when growth is easy but deadly when growth slows and technology changes.”

Gerstner called on the company to cut staffing costs by 20% and limit spending on its metaverse project to $5 billion per year.

“Meta needs to get its mojo back,” he wrote.