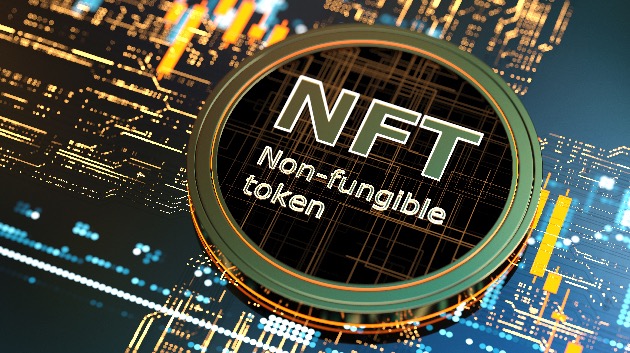 (NEW YORK) — Nearly four years ago, a photo tweeted from the Bahamian island of Exuma of two flimsy cheese slices laying lifeless atop some whole wheat bread with a soggy-looking side salad went viral and perfectly captured the failed Fyre Festival experience.

Now, Trevor DeHaas, an attendee who rose to overnight internet notoriety for that less-than-appetizing snapshot, is attempting to cash in for a good cause on the digital piece of history just weeks before the anniversary by auctioning it as an NFT (non-fungible token).

“This tweet NFT includes a transfer of copyright to the buyer. The winning bidder or their representative should contact Flipkick of New York to execute transfer agreement,” the company wrote.

“With NFTs being in a red-hot market and someone willing to pay over $2 million for a tweet, I knew I had to use the opportunity to my advantage. I immediately thought of my viral tweet of the cheese sandwich from Fyre Festival,” he said. “As a photographer, it will never feel normal that a picture I took with an iPhone 6 using flash is the most valuable/viral picture I’ve taken to date,” he added with a laugh.

But DeHaas also said there’s a greater underlying motivation for the upcoming blockchain sale — to help cover ongoing medical expenses for his decades long battle with IgA nephropathy, or Berger’s disease, and a possible upcoming surgery.

“I’m currently on the waitlist in the Bay Area for a kidney transplant. Even with medical insurance, a transplant will still be costly,” DeHaas said, pointing out the surgery would be added to an already growing list of expenses with daily dialysis, weekly blood tests, weekly nephrologist visits and transplant evaluations. “I’m hoping to get at least $50,000 from the NFT sale, and that would all go towards my current medical expenses and future transplant expenses.”

“Even if the NFT doesn’t sell, that’s OK with me. I would be disappointed, but seeing all these stories about me helping shed light and bring awareness for the need for organ donors in the country will make it all worth it,” he explained. “I’ve been using my platform for years to talk about the need for deceased and living organ donors. While most people might be interested in the NFT sale, if I can get at least one person to become an organ donor, the attempt to sell the NFT will all be worth it.”

DeHaas originally listed the NFT himself, but quickly partnered with Flipkick, a company that helps digital and traditional artists monetize their work through NFTs, after he saw the sale involving another Fyre-related NFT from the festival’s co-founder, Ja Rule.

“[I thought], if they are helping Ja Rule with his Fyre Fest NFT, maybe they would be willing to help me,” DeHaas said, adding that he later found out the rapper is also a partial owner of the company.

“Ja Rule is not selling the cheese sandwich NFT. I am. Flipkickio, which Ja is a partner in, and myself have teamed up to sell the NFT. I do understand why the media is phrasing it as if Ja is selling the NFT but that’s not telling the full story,” he clarified in a tweet.

While Flipkick will get a commission fee from the sale, DeHaas said he would receive “most of the proceeds” and reiterated “the proceeds will also be used to make sure my kidney donor doesn’t experience any financial hardship from saving my life with their donation.”

“Like I said, this NFT might not even sell, but at least I’m helping educate others on the need for deceased and living organ donors in our country.”

What to expect from the July jobs report

Refurbished tech 101: How to get the best deals