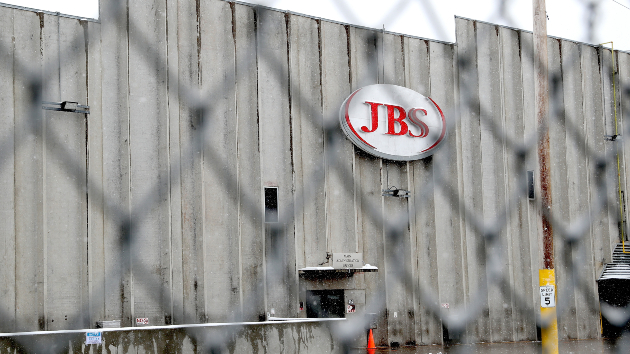 (NEW YORK) — JBS Foods, one of the largest meat producers in the United States has been hit with a cyberattack, the company said in a statement on Tuesday.

The company says it has not found any evidence that any customer, supplier, or employee data was compromised or misused as a result of the cyberattack.

While JBS says resolving the incident will take time, it has not said that any of its plants will close as a result. Industry leaders caution that even one day of disruption would be bad for meat prices.

JBS says it “took immediate action, suspending all affected systems, notifying authorities and activating the company’s global network of IT professionals and third-party experts to resolve the situation.”

A few JBS plants were not open, according to posts on the plants Facebook pages.

In Cactus, TX, the plant said they would not run Tuesday and JBS Canada said in a Facebook post that some shifts were cancelled on Monday.

Both did not specify why they were not up and running.