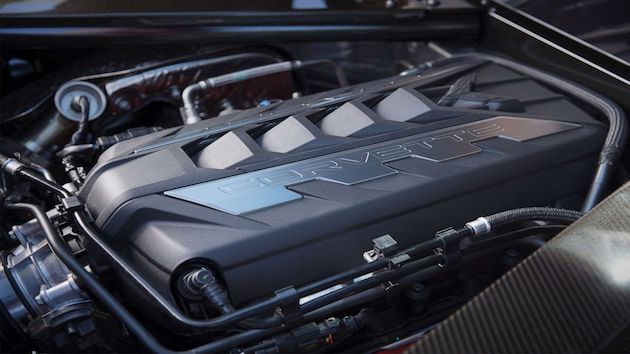 And they could soon become extinct.

The V8 got a crushing blow last month when General Motors, the industry behemoth behind the Corvette, Camaro and Silverado truck, announced that 40% of the company’s U.S. models will be battery electric vehicles (BEV) by the end of 2025. That’s not all: GM said it plans to eliminate tailpipe emissions from new light-duty vehicles by 2035.

Automotive insiders were already bracing for a possible all-electric ‘Vette. Then Ford, GM’s domestic rival and maker of the popular F-150 pickup truck and Mustang sports car, accelerated its shift to electrification, more than doubling its investment in electric vehicles to $22 billion.

Elon Musk made EVs cool with his Teslas. They’re also the majority of EVs sold in the U.S., a tiny (2%) but rapidly growing segment of the automotive market. Mainstream and luxury automakers including Ferrari, the apex of the sports car orbit with its throaty V12 and V8 engines, are gearing up for a world where internal combustion engines and petroleum are obsolete and passé.

“Electric cars are an inevitability,” Eric Minoff, a specialist in the Motoring Department at Bonhams auction house, told ABC News. “So many governments are mandating [electrification]. It’s foolish to continue holding on to gas technology.”

It will take serious commitment from automakers to reach these lofty EV goals, he noted, adding that V8s still play an important role with consumers. And V8s could become even more desirable as fewer roll off the production line in the coming years.

V8s, commonly found in large pickup trucks, high-end SUVs and low-volume sports cars, are not entirely equal; enthusiasts and collectors have to seek out the performance-focused models, Minoff advised.

“The top-of-the-line engine model is always worth more,” he said. “Whatever is the biggest, most powerful engine — that’s always what people want.”

Stephanie Brinley, an analyst at IHS Markit, also sees V8s emerging as a hot commodity in collector circles. Electric motors deliver unparalleled acceleration and torque. Good, old-fashioned V8s, however, still have a leg up on their silent peers.

“There’s a very visceral connection to a high-powered V8 that you don’t have in the same way with an EV,” she told ABC News. “EVs have fake sounds and don’t have the same vibrations as a V8 engine. Lots of people grew up with noise under the hood.”

V8-powered vehicles accounted for 15.3% of U.S. vehicle registrations (excluding EVs) in 2020, up from 14.5% in 2019, Brinley noted. Nearly 72% of V8 vehicle registrations were full-size pickup trucks. Half of Ford Mustang, Dodge Charger and Chevrolet Camaro owners who registered vehicles last year chose the more expensive and powerful V8 engines, according to the data.

“For Ford and GM to pivot to an all-electric future, building credibility with an EV pickup is crucial,” Brinley said. “The challenge for automakers is to [build] EVs that create a similar emotional and aspirational reaction.”

Dodge’s burly, large V8 engines have helped lift sales at the struggling marque and attract buyers who demand insane horsepower and thrilling speeds. Its 2021 Durango SRT Hellcat SUV, “the most powerful SUV ever,” can easily whip the competition: A supercharged 6.2-liter Hemi Hellcat V8 engine delivers 710 horses and 645 lb.-ft. of torque. Loyalists were stunned when Dodge CEO Tim Kuniskis declared last month that V8s no longer have a place in the “Golden Age of muscle cars.”

“The days of an iron block supercharged 6.2-liter V8 are numbered,” Kuniskis told CNBC on Jan. 26. “They’re absolutely numbered because of all the compliance costs. But the performance that those vehicles generate is not numbered.”

Plenty of automakers continue to crank out vehicles with thundering V8s, extending their expiration date. BMW recently revealed its 2022 M5 CS, the quickest and most powerful production BMW car ever built. A 4.4-liter M TwinPower turbo V8 engine propels the sporty sedan from 0 to 60 mph in 2.9 seconds.

GM’s Cadillac division answered enthusiasts’ pleas with its CT5-V Blackwing, a 668-hp track star with a 6.2-liter supercharged V8 that can reach speeds above 200 mph (it also comes with a six-speed manual transmission).

“Every model with a V8 had stronger sales in December 2020 than it did in December 2019,” according to Lisa Materazzo, group vice president of Toyota Marketing.

Like its rivals, Toyota has accepted a reality of zero-emissions vehicles. The Japanese company will debut three new electrified models — two BEVs and a plug-in hybrid — in the U.S. later this year.

Randy Nonnenberg, president and co-founder of Bring a Trailer, said 1960s and 70s muscle cars with V8s are trending on the online auction platform.

“Collectors are nostalgic for older V8s,” he told ABC News. “They represent muscle and horsepower. Motorsports and drag racing are highly identifiable with V8s.”

“The V8 engine absolutely has its place in the automotive space and will continue to,” he asserted. “The traditional V8 engine — and even an ICE engine — are going to remain desirable to a group of enthusiasts. It’s hard to replicate the muscular, deeper engine note in a V8.”