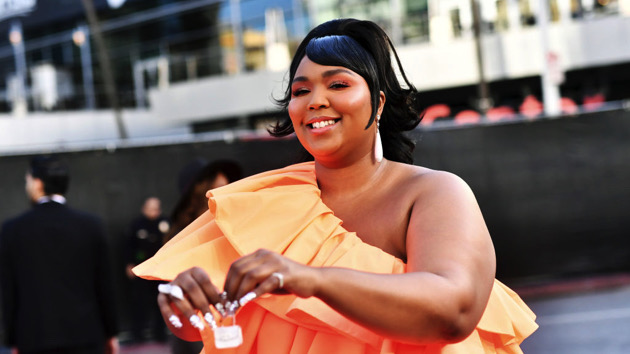 (NEW YORK) — Lizzo is known for making fans feel “Good as Hell” with her music, and now she is doing the same with an upcoming shapewear line called Yitty.

“This is a dream 5 years in the making” the Grammy Award-winning superstar wrote on Instagram about her newest venture, which is slated to launch on April 12.

In partnership with Fabletics, the “no-shame, smile-inducing shapewear” is designed for all body types and will include undergarments ranging in size from XS to 6X.

“I was tired of seeing this sad, restrictive shapewear that literally no one wanted to wear,” Lizzo said in a statement. “I had an epiphany like, ‘Who can actually do something about this?’ I decided to take on the challenge of allowing women to feel unapologetically good about themselves again.”

Regarding her own journey as a body-positive advocate, Lizzo said she felt she was always told, through social constructs, that her body wasn’t good enough.

“And, in order to be considered ‘acceptable’ I had to inflict some sort of pain upon it to fit into an archetype of beauty,” she said. “Because of this, I’ve been wearing shapewear for a long time, maybe since I was in fifth or sixth grade.”

The collection will include three different drops, including Nearly Naked, which is a lightweight seamless collection designed to comfortably shape and firm your natural curves; Mesh Me, which will include smoothing mesh styles that can be worn as underwear or outerwear; and Major Label, which will be an assortment of everyday lifestyle pieces that are super soft.

Additionally, everything included in the lineup has a musical spin with vibrant names such as Tempo Lavender and Headliner.

Yitty, which is named after Lizzo’s childhood nickname, comes on the heels of another dream fulfilled for Lizzo. The star says she was “crying in an ice bath” on the day her body-positive dance reality show “Watch Out for the Big Grrrls” premiered.

“Instead of thinking about size in this linear way, we’re thinking about it on a spectrum where everyone is included,” Lizzo said. “Everyone’s size is just their size. It’s not high, it’s not low. It’s not big, it’s not small. It’s just your size.”