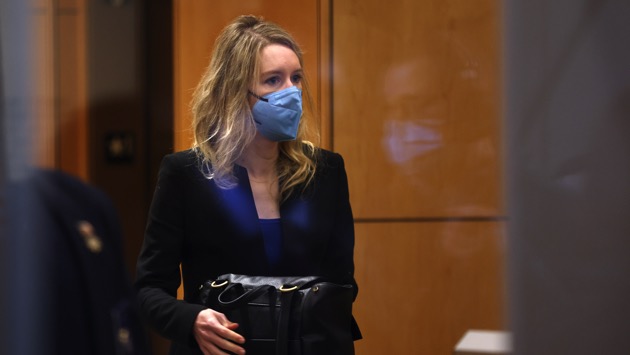 Prosecutors concluded their roughly three-hour-long closing statements on Thursday, and defense attorneys were over two hours into their remarks when Judge Edward J. Davila adjourned court for the day.

Holmes’ lawyer, Kevin Downey, is expected to resume his closing argument Friday morning, followed by a rebuttal from prosecutors, meaning jury deliberations could begin as early as Friday.

U.S. Attorney Jeff Schenk told the court on Thursday that Holmes had a choice to make in 2009, 2010 and again in 2013 — years when he said the blood-testing startup that would later grow into a $9 billion business was running out of money.

Holmes “chose fraud over business failure,” Schenk said, adding that “she chose to be dishonest with her investors and with her patients.”

“That choice was not only callous, it was criminal,” he continued.

​​Schenk then asked the jury to consider what an honest pitch to investors would have sounded like back in 2013.

“Ms. Holmes knew that these honest statements would not have led to any revenue, and she chose a different path,” he said.

Downey later shot down Schenk’s claims, telling jurors that, “Elizabeth Holmes was building a business and not a criminal enterprise.”

“The government would have you believe that entity that she presided over as CEO was built by lies, by swindling, by half-truths, by misrepresentations that were carried out over years and years and years,” Downey said.

“I think you will see that the full picture reveals something very different from what the government has been presenting to you for three months and, indeed, for the last three hours,” he added.

Holmes, who completed her testimony last week after seven days on the stand, is charged with 11 counts of fraud for allegedly defrauding investors and patients.

The 37-year-old faces nine counts of wire fraud and two counts of conspiracy to commit wire fraud, and could be sentenced to decades in prison if convicted. She has pleaded not guilty.

By dawn, over 60 members of the press and public were already lined up outside of the Robert F. Peckham Federal Courthouse, the crowd spilling out of the courtyard and onto South First Street. Hours later, at around 8 a.m., Holmes, her mother, her father and her partner, Billy Evans, arrived at the courthouse, all wearing blue and walking hand in hand as the rest of her entourage trailed behind.

At 9:05 a.m., the judge and the jury took their seats in the fifth-floor courtroom. Three minutes later, Schenk began.

One by one, the prosecution projected the picture of each witness their team had called to the stand as Schenk reminded jurors what the investors, patients and others had said to implicate Holmes.

Among those who testified were former lab director Dr. Adam Rosendorff, who said he voiced concerns to Holmes over lab procedures and test accuracy; lab associate turned whistleblower Erika Cheung, who said she was uncomfortable processing patient blood-samples; and former board member Gen. James Mattis, who said he was left to learn about the turmoil at Theranos from the press.

“[Theranos] is the story of a tragedy, but it is also the story of some people acting with really remarkable integrity,” Schenk said, pointing to the decisions made by both Rosendorff, Cheung and senior scientist Surekha Gangakhedkar, another government witness.

For Downey, the fate of his client — who was once was hailed as the next Steve Jobs — comes down to the question of intent.

“At the end of the day, the question you’re really asking yourself is, what was Ms. Holmes intent?” he asked. “Was she trying to defraud people?”

New episodes of “The Dropout” are available for free on Apple Podcasts, Spotify, Amazon Music or wherever you listen to podcasts. Click here to find the show on your favorite app.