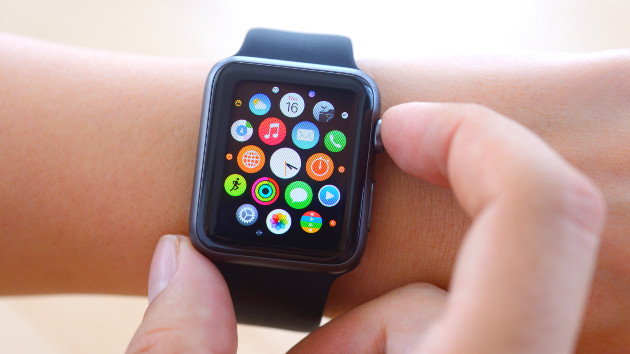 Experts say accuracy problems have been reported for these devices industry-wide. It’s not clear if Apple’s products are any better or worse than others.

The product’s feature, the Blood Oxygen app, allows users to measure their blood oxygen level directly from their wrist, according to Apple’s website.

The lawsuit claims plaintiff Alex Morales was aware of this feature when he purchased an Apple Watch between 2020 and 2021, assuming it would work “without regard to skin tone.”

Morales alleges Apple did not disclose any potential “biases and defects” on the product’s label, despite a large body of research indicating similar pulse oximetry devices — usually placed on a fingertip — were “significantly less accurate in measuring blood oxygen levels based on skin color,” the lawsuit states.

“The ‘real world significance’ of this bias lay unaddressed until the middle of the coronavirus pandemic, which converged with a greater awareness of structural racism which exists in many aspects of society,” according to the lawsuit, which was filed on Dec. 24.

Pulse oximetry devices were widely used during the COVID-19 pandemic to monitor patients’ conditions, which would help determine whether they received certain medicines, oxygen therapies and hospital beds when all were in limited supply.

The devices work by shining a light into a person’s finger or wrist and sensing how much is absorbed by their red blood cells, ABC News medical contributor Dr. Darien Sutton said.

“How much light is absorbed tells you how much oxygen you have because red blood cells carry oxygen,” he said. “The problem is that darker skin also absorbs light, so it can give you a falsely elevated reading.”

While it has been known for decades that the technology tends to overestimate oxygen levels for darker-skinned patients, recent medical studies highlighted the negative impact on such patients. For example, Hispanic and Black patients with the coronavirus were less likely to be recognized as eligible for treatment, according to a study published in May.

Researchers say reliance on the technology and the potentially flawed readings it yielded may have contributed to greater deaths among Black and other dark-skinned patients during the pandemic.

In light of these studies, the Food and Drug Administration recently launched a review of pulse oximeter technology to improve its efficacy and accuracy for all skin pigmentations.

It is unclear if Apple’s technology carries the same problem. An October study found the commercial smartwatch’s blood oxygen sensor is on par with “medical grade” devices, though there was no mention of including people of color in the study.

Apple did not immediately respond to ABC News’ request for comment. The company released its own observational study in June, which found that blood oxygen level readings were not meaningfully different between white Apple Watch wearers and nonwhite users.

The company’s website also states that measurements taken with the Blood Oxygen app are “not intended for medical use and are only designed for general fitness and wellness purposes.” Pulse oximeters used in hospitals must meet a higher standard of testing and accuracy, Sutton said.

Doctors stress that anyone who is struggling to breathe should seek emergency care, and at-home devices are prone to false readings due to human error, and a range of other issues.

While the website makes no mention of a user’s natural skin color interfering with the device, it does include a disclaimer that “permanent or temporary changes to your skin, such as some tattoos, can also impact performance” of the Blood Oxygen app. In 2015, several Apple Watch users said their black wrist tattoos interfered with the device’s heart rate sensor.

Morales filed the lawsuit on behalf of all New Yorkers who purchased an Apple Watch during the statutes of limitations. He also sued on behalf of residents in Alaska, Arkansas, Idaho, Iowa, Mississippi, North Carolina, North Dakota, Utah and Wyoming under those states’ consumer fraud laws.

Morales’ attorney Spencer Sheehan told ABC News that as scientists work to improve pulse oximeter technology, Apple has an obligation to be transparent with consumers about its devices’ possible flaws.

“It’s not comfortable to recognize and to acknowledge that this technology has an inherent bias,” Sheehan said. “But I think that we have to do that in order to chart a better path forward, to have a technology that does a better job in terms of the information it provides without accounting for a person’s skin tone.”