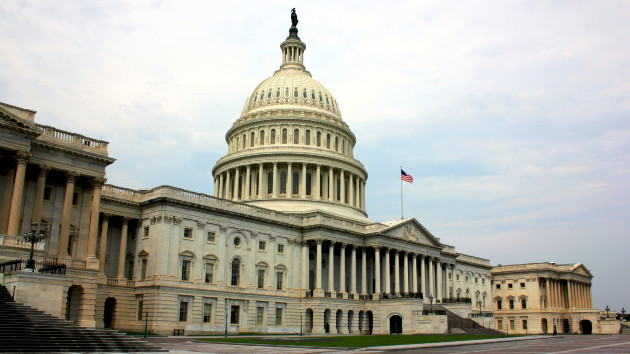 (WASHINGTON) — A bipartisan coalition of senators introduced legislation on Monday meant to improve transparency in the highly competitive and notoriously murky federal contracting process, taking aim at companies that accept lucrative work from government agencies without having to disclose potential conflicts of interest.

The bill, called the Preventing Organizational Conflicts of Interest in Federal Acquisition Act, would seek to mitigate conflict-of-interest concerns by forcing contractors to “disclose other parts of their business that conflict with the work they are bidding to perform for the government,” according to Sen. Gary Peters, D-Mich., chairman of the Homeland Security and Governmental Affairs Committee.

“If we don’t know whether [federal contractors] are serving other, potentially conflicting interests, we can’t be confident that Americans are getting exactly what they pay for,” said Sen. Chuck Grassley, R-Iowa, a cosponsor of the bill.

For many American companies, federal contracts represent a crucial source of revenue, as well as visibility and credibility. Firms from every major business sector compete for this work, and winners often execute their end of the agreement while pursuing outside business opportunities — which sometime overlap with their federal contracts.

“Based on current federal contract regulations, agencies cannot always discern whether government contractors have business relationships with foreign governments and private entities that could create a conflict of interest,” said Noah Bookbinder, president of the nonprofit government watchdog group Citizens for Responsibility and Ethics in Washington.

Scott Amey, general counsel for the government ethics watchdog Project on Government Oversight, warned that “without more guidance, organizational conflicts of interest can result in unfair competitive advantages and biased contract awards — both of which compromise the impartiality of the federal government and the integrity of the contracting process.”

In a press release announcing the new legislation, lawmakers cited reporting in ProPublica that raised conflict-of-interest questions about consulting giant McKinsey & Company’s recent work for the Food and Drug Administration. ProPublica reported that in at least one FDA contract, McKinsey allegedly failed to disclose its conflicts of interest with corporate pharmaceutical clients despite its contract with the agency obligating the firm to do so.

According to documents obtained by ProPublica, McKinsey allegedly advised the FDA’s drug-regulation division for more than a decade while simultaneously accepting work from major pharmaceutical companies. In some cases, according to ProPublica, McKinsey helped those clients navigate FDA regulations while advising the FDA on how to strengthen regulations for the pharmaceutical industry.

Sen. Maggie Hassan, D-N.H., said McKinsey’s handling of its work with the FDA demonstrates “the danger that conflicts of interest can pose in government contracting.”

“Our bipartisan bill would help ensure that companies that enter into a contract with the government are acting in the best interest of the American people,” Hassan said.

A McKinsey spokesperson told ProPublica that the firm “had been fully transparent that we serve pharmaceutical and medical device companies.”