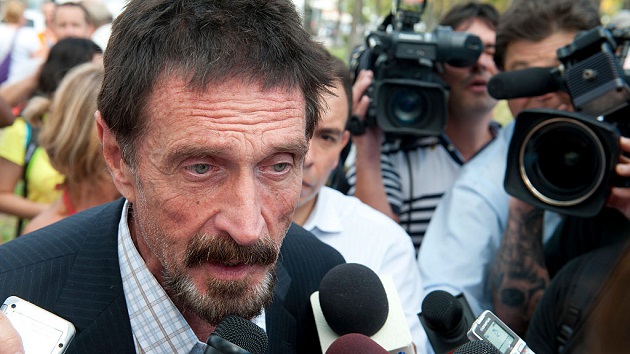 (MADRID) — John McAfee, founder of McAfee Antivirus, was found dead in his cell in a Spanish jail, his lawyer confirmed to ABC News. The Spanish Interior Ministry also confirmed the death.

McAfee, 75, who was a household name in computer security software, faced securities fraud charges and extradition to the U.S. at the time of his death.

Federal prosecutors in New York, where McAfee had been charged with securities fraud, declined ABC News’ request for comment shortly after the news broke.

Between November 2017 and February 2018, McAfee leveraged his fame as a computer programmer to make more than $23 million by recommending a number of “initial coin offerings” to his Twitter followers, federal prosecutors said.

The problem, according to prosecutors, was that McAfee failed to disclose he was a paid pitchman and promoting an investment product without disclosing you’re being paid to do so is unlawful.

McAfee was arrested in Spain last year for tax evasion.