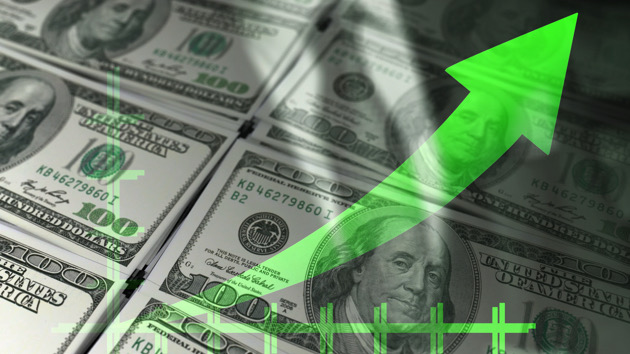 (NEW YORK) — Inflation is at its highest point in nearly 40 years and the cost of food has steadily climbed month over month across multiple categories from groceries to takeout.

The Labor Department announced Tuesday that the Consumer Price Index jumped 8.5% in March compared to a year ago, which is the sharpest increase since December 1981.

Prices have soared as a result of massive consumer demand, supply chain disruptions from labor shortages to increasing fuel costs as well as global food and energy markets made worse by the current Russian war against Ukraine.

On Monday, ahead of the latest CPI numbers being released, White House Press Secretary Jen Psaki addressed the media and said they expected headline inflation on food “to be extraordinarily elevated due to Putin’s price hike.”

While the new CPI was largely in line with expert predictions, inflation climbed 1.2% compared to last month and consumers have seen the impact, especially on food products.

“It is a reminder to us — that we need to do more to reduce cost for the American people,” Psaki continued. “This data will be a reminder of the need to do something and take additional steps.”

In March, the overall increase in the food index was one of the three largest contributors to inflation, according to the report Tuesday.

The food at home index, which includes groceries, saw a 1.5% jump in the last month. Plus, fresh produce climbed another 1.5% this month after an already 2.3% increase in February for fruits and vegetables. Since the same time period last year, the food at home index has jumped 10% annually, also marking the biggest increase since 1981.

The meats, poultry, fish and eggs index within the food at home bracket has gone up 13.7% since last year. Dairy and other at home grocery food groups ranged from a 7 to 10.3% increases.

The food away from home index — which spans limited service options like coffee shops to sit down restaurants — only rose 0.3% in March. But in the last year, the category rose 6.9% overall which was the largest 12-month increase since December 1981.

Consumers have felt the pinch and taken notice of pricier food products, especially with aspects of daily life resuming in the U.S., like returning to the office and getting back into a lunch routine.

Although many Americans were quick to tap or swipe a credit card for the convenience of sandwiches and salads, the prices of a bowl of greens has gone up 11% since last year, according to Square. The technology company told ABC news last month that in a 28-day rolling average of standard lunch items nationally, it found the cost sandwiches has gone up 14% and wraps 18% since last year.

The one contrast of the report was for food at employee sites and schools. That category declined 30.5% over the past year and reflects the widespread implementation of free lunch programs.