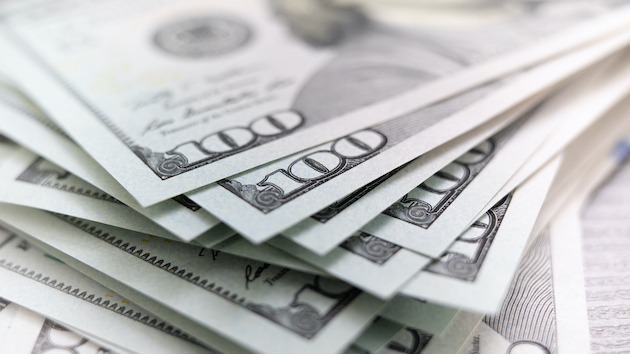 (NEW YORK) — As Americans file their tax returns for 2020 — a year riddled with job insecurity — millions who relied on unemployment insurance during the pandemic will find that up to $10,200 of those benefits will be exempt from taxes.

The unemployment income exemption is the result of a compromise between Democrats and Republicans to get the package passed. They agreed to trim extended weekly jobless benefits to $300 from $400, but also to continue the federal boost through Sept. 6 and make the first $10,200 of income tax free for those jobless Americans making under $150,000.

Brian Galle, a professor at Georgetown Law School, analyzed the impact for The Century Foundation, a progressive think tank, looking at the nearly $580 billion dollars in unemployment benefits sent to more than 40 million Americans in 2020.

The Century Foundation study estimates that the average unemployed American received $14,000 in jobless benefits during 2020, so the tax exemption may drastically reduce the amount owed by many families.

“And if you have a big tax bill to be forgiven, that’s because you were out of work for a really long time,” Galle said. “And so, the bigger the benefit you’re getting from this tax relief, the tougher time you probably had in 2020.”

Galle notes many Americans who don’t know that their unemployment benefits are taxed may not be prepared for the “surprise bill” from the government.

Any Americans who received unemployment insurance will receive a 1099-G form that details how much the individual or household received in benefits in the 2020 tax year.

The IRS recommends using that form to fill out the Form 1040, the standard tax worksheet. On Line 7 and 8 of the form, you include how much unemployment insurance you and your spouse received, and add those numbers up. The total number is the amount of “unemployment compensation excluded from your income.”

Should those Americans who have already filed taxes without knowing about the $10,200 exemption file an amended return?

“Absolutely not,” the head of the Internal Revenue Service Charles Rettig said in testimony on Capitol Hill Thursday.

It may mean that Americans who did take the tax break will have to wait for any refund they’re entitled to as the IRS works to process a huge backlog. Retting told Congress he hopes to have the backlog processed by “summer.”

Galle notes that most states will fall in line with the federal tax law, but he says there are about 12 states that may charge taxes on unemployment benefits, even with federal exemptions.

Although many of the provisions in the American Rescue plan have been criticized, the tax break is less hotly contested, for example, than the direct payments.

“It’s unlike the sending checks to every single American — this provision is at least targeted at people who have lost their jobs,” said Adam Michel, a senior policy analyst at the Heritage Foundation, a conservative think tank.

Some Republicans, like Sen. Rob Portman, R-Ohio, took issue with the measure being added to the American Rescue Plan, with some opponents saying that it would encourage Americans to stop working.

“The economy is getting better, and everybody says that when you look at what happens with regard to [unemployment insurance], if it’s too high, it’s a disincentive to work,” Portman said. “You want to have a system that is balanced where you are encouraging people to work there are so many places in our states that are working for employers right now.”

Sen. Ron Wyden, D-Ore., a strong proponent of the measure during negotiations in early March, disagreed, arguing the income exemption protects families who struggled during the pandemic.

“For example, if you have been laid off from your job through no fault of your own and you are struggling to make ends meet, you do not have a thousand dollars to pay a surprise tax bill and the party that claims to be for tax relief for working families offers you absolutely nothing,” Wyden said.

The provision applies only to the 2020 tax year, though experts like Galle think it makes sense for it to become permanent.

“That should be permanent because it never made sense to tax on unemployment insurance benefits,” Galle said. “We don’t tax SNAP… we don’t tax school lunch programs, and the reason is because the, the point of the program is to transfer money to people at a time when they really need it, and it just doesn’t make any sense to hand money to people with one hand and take it away with the other.”