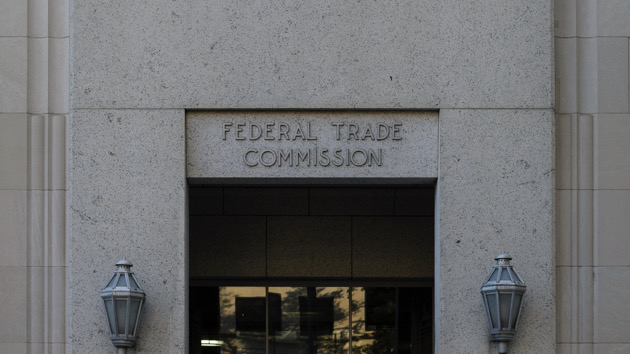 (NEW YORK) — Millions of Americans have had to struggle to find a new jobs due to a measure in their contracts that prevents them from working for a direct competitor following a set period of time.

These non-compete agreements have been controversial for years, as some economic experts contend they hurt competition within the labor market. Lina Khan, the chair of the U.S. Federal Trade Commission, openly called for ending those clauses in a New York Times op-ed published on Monday.

ABC News’ “Start Here” podcast spoke with Sarah Miller, the executive director of the American Economics Liberties Project, a non-profit that advocates for antitrust regulations, about this proposal.

SARAH MILLER: Absolutely so. Last week, the FTC proposed a new rule that would ban full stop non-compete agreements in employment contracts. So non-compete agreements apply to roughly 30 million Americans. That’s one in five workers. And originally, they were conceived to apply to a kind of very senior level executives who might have access to proprietary or sensitive information. But today, they really proliferated and become an incredibly common part of an employment contract. So they tend to bind workers to jobs and prohibit them from really selling their labor into a competitive labor market. And so that sort of kind of anti-competitive impact in the labor market is part of what FTC Chair Lina Khan is taking aim at.

START HERE: That’s interesting, this idea that it’s not just people that have like big-time company secrets. I mean, how far down the food chain are we talking here? Who has non-compete?

MILLER: So that’s something that we’re going to, I think, [get] at a much fuller picture of during the kind of 60 day comment period that the FTC has just opened.

But we know from anecdotal experience and from kind of talking to working people all around the country that non-compete have applied to everyone from employees at fast food chains like Jimmy Johns, who makes sandwiches to janitors, to engineers, to journalists, to fitness instructors. It really is an incredibly pervasive part of employment causes. Now, like I said…that has a real cost, because what happens when you are essentially bound to a job is you aren’t able to compete with your labor. So you can’t say, move to a job that pays better. You can’t leverage another offer at another firm to increase your salary at know your existing firm.

So the FTC estimates that eliminating [a] non-compete would add about $300 billion cumulatively to workers’ wages. That’s an increase of three or 4%. So we are talking about a significant kind of drain on the pocketbooks of millions and millions of working people from these non-compete agreements.

START HERE: So, I mean, that’s what the FTC says, is that you’d see all the sort of economic growth. You’ve also seen the U.S. Chamber of Commerce immediately came and said this is terrible. In fact, it gives less security to everyone. It means that companies won’t feel as confident when they’re offering contracts in the first place. They’ll actually make less hiring. It’ll hamstring the entire not just they say, not just the entire business community, but also workers themselves. Since companies won’t be as likely to offer that job in the first place. I mean, what’s your response to that?

MILLER: I couldn’t disagree more with that assessment. I think from the Chamber of Commerce— I mean, what we are arguing here is that workers deserve a free market for labor. Workers should be able to start new firms if they have a good idea, and there really shouldn’t be these kind of artificial constraints put on the labor market through the use of non-compete agreements. There’s simply, and kind of on their face, very unfair. And we think that this will create a much more dynamic environment in general when it comes to economic growth by freeing up working people to take the job that’s right. For them to start a new business and serve consumers in a new or different way and to kind of increase economic and business dynamism in the U.S., which has really been on a pretty significant decline over the past 30 or 40 years.

START HERE: Well, can I ask you about the other big criticism of this? I mean, can the FTC even do this? I mean, the U.S. Chamber of Commerce also said this is just blatantly unlawful. The Wall Street Journal had an editorial calling this an air kiss to unions because. Mainly you’d have to tear up if you were getting rid of this right now, you’d have to tear up millions and millions of people’s contracts. Is that possible? Is that feasible and is that legal?

MILLER: I think the FTC has clear authority to make this move. I mean, most of the workers that are subject to non-compete are not unionized. So I would take issue with the categorization of this as an air kiss in general. But what we have seen and what research bears out is that the use of non-compete actually lowers wages for everybody because they are so pervasive, because they put such a chill on the labor market that even if you are not subject to a non-compete yourself, there are jobs that should be available to you that you could compete for that are not available because they are so pervasive across the economy.

START HERE: And like, if you don’t put in a non-compete. Great. Well, will this pay you $10,000 like that, seen as a favor to the employee all of a sudden?

MILLER: Yes, exactly. And so I think that the FTC has authority granted to it from Congress to prohibit unfair methods of competition. That authority, I think, applies in this case. You know, the name of these agreements are non-compete, right? So if the FTC’s mission, if part of its mission is to address kind of anti-competitive practices, I think this falls clearly in the in the purview of that authority.