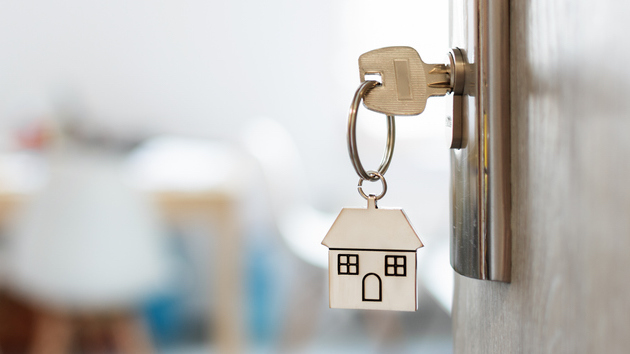 (WASHINGTON) — The $1.1 trillion infrastructure bill passed by Congress last week will fund roads, bridges, rails and other components of the country’s infrastructure. The legislation is also addressing racial inequity.

President Joe Biden’s infrastructure plan aims to “reconnect neighborhoods cut off by historic investments” and “redress historic inequity.” Part of his plan includes awarding government contracts to minority-owned businesses, including real estate development companies that will do the work in conjunction with climate projects.

Why is racial injustice being addressed in the plan? The real estate development community is almost exclusively white. That lack of diversity, Black developers who spoke with ABC News said, translates into less affordable housing in Black communities, low rates of homeownership and a scarcity of retail and other businesses within those communities.

According to a 2019 report from Urban Land Institute — a nonprofit organization for real estate and land use experts — only 5% of its U.S. members are African American, 4.5% are Asian and 82% are white.

One of the major problems with diversifying real estate, Black developers say, is that they often face hurdles in acquiring funds, and ultimately in expanding their businesses.

“We are committed to making our city’s prosperity more inclusive, but that won’t happen by chance – it will happen because as a government and as individuals, we are intentional about how we invest and who we make opportunities available to,” said Bowser shortly after its launch.

One of those initiatives is Capital Impact Partners’ $20 million Diversity in Development DMV Loan Fund (DiD-DMV) and coinciding grant program.

“Our goal is to really take a holistic approach to provide opportunity — specifically in communities of color,” Ellis Carr, president and CEO of Capital Impact Partners and CEO of CDC Small Business Finance told ABC News.

“As we thought about the opportunity to support the D.C. area’s real estate development community, we looked at where the hurdles were, particularly those that were faced by developers of color. We heard a number of things, but primarily it was really boiled down to the lack of access to capital in both debt and equity for developers to really be able to take the leap and expand their businesses and wage,” Carr said.

Through the fund, developers, both nonprofit and for-profit, will have access to lower-cost, flexible pre-development and acquisition loans, unlocking crucial early-stage financing that is often denied to developers of color.

The first two financed projects are set to be built in Washington, D.C.’s Ward 7 and Ward 8, areas with a large African American population.

“U.S. housing is a product change,” Jackson told ABC News. “There is a connection between public health, education and housing … it’s all a systemic problem. It’s not just about solving one answer for someone, it’s … tackling multiple things.”

With the funds, Medici Road plans to develop a 17,000-square-foot building in a vacant lot in D.C.’s Deanwood neighborhood with affordable housing, retail and office space to create essential services in the community.

“We’re creating systemic change for generations,” Jackson said. “I think it’s just due time that taxpayers, as residents, have access to the things that really should already be in place. This community should be flourishing, it should be thriving.”

The new condominium community will create a mixed-income development to provides access to healthy food and health and wellness education, Jackson said.

Currently, the seventh ward has higher crime rates, low homeownership rates and few grocery stores. But Houston says that’s the reasoning behind the decision to develop in the area.

“We have a car to drive to wherever grocery store we wanted to. But what if there is an emergency for say food, formula, and we didn’t have any access at all? When you start looking at this from the professional side of the road, and we start looking at public health outcomes access all the stuff is linked, and none of it exists in our neighborhood. And so that’s where the idea came,” Houston said.

The grocery store is expected to be a franchise owned and staffed by residents of the community.

Steps away from the Deanwood neighborhood project, another developer, Mustafa Durrani of Durrani Development Corporation, secured a $2.5 million acquisition loan and another $900,000 predevelopment loan. Durrani plans to transform a vacant area into a new affordable housing community in the Randle Heights neighborhood of D.C.’s Ward 8.

“There’s an idea that affordable homeownership and affordable rentals are like public housing. And so we want to be able to create something that looks like market rate but it’s still affordable,” Durrani said.

Both projects are in early stages of development.