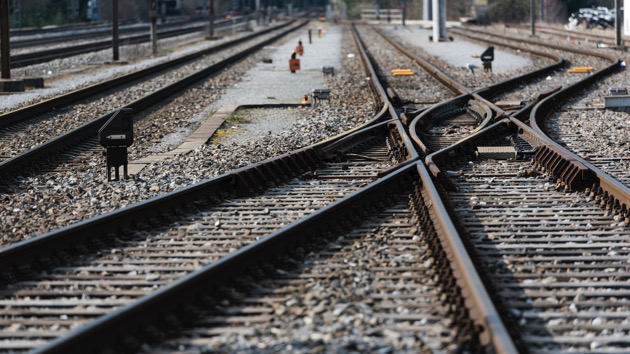 (WASHINGTON) — The House on Wednesday voted to block a strike by the nation’s railway workers, intervening in a labor dispute with wide-ranging economic and political implications.

The House voted 290-137 to adopt the tentative deal between the rail companies and employees reached in September and brokered by the White House.

In a second, separate 221-207 vote — aimed at addressing progressive Democrats’ concerns over protecting workers — the House added seven days of paid sick leave to the agreement, which currently calls for only one.

The two bills now head to the Senate.

Unless an agreement is imposed by Congress by a Dec. 9 deadline, much of the nation’s economy that depends on freight transportation would be disrupted — some estimates say up to $2 billion a day.

President Joe Biden was quick to praise Wednesday’s House vote and called on the Senate to quickly follow suit.

“I am grateful to Speaker Pelosi and House Democrats and Republicans for taking urgent action to prevent a rail shutdown. This overwhelming bipartisan vote in the House of Representatives makes clear that Democrats and Republicans agree that a rail shutdown would be devastating to our economy and families across the country,” he said in a statement. “The Senate must now act urgently. Without the certainty of a final vote to avoid a shutdown this week, railroads will begin to halt the movement of critical materials like chemicals to clean our drinking water as soon as this weekend.”

“After hearing from our Members, we are in agreement that a nationwide rail strike must be prevented — and that more must be done to secure the paid sick leave that hard-working railroaders deserve,” Pelosi said in a letter to colleagues Tuesday.

Rep. Pramila Jayapal, D-Wash., chair of the Congressional Progressive Caucus, said any House legislation to codify the existing tentative agreement would be accompanied by legislation that addresses the workers’ long standing demand for fair paid leave.

“The Progressive Caucus will continue to fight to ensure that all workers have paid sick leave guaranteed and that labor rights are upheld. I thank Speaker Pelosi and Leadership for their cooperation, and my Progressive Caucus colleagues for their indefatigable advocacy and commitment to workers’ rights,” Jayapal said in a statement.

The two-vote series also allows the Senate to act on the two bills separately. Sen. Bernie Sanders, I-Vt, has been urging his Senate colleagues to consider boosting paid leave provisions.

The House votes come as Biden on Monday asked Congress to intervene and avert a potential strike, although he warned against making any changes to the negotiated agreement.

Both Biden, a self-professed pro-union president, and Pelosi noted their hesitation to step into the dispute.

“I am reluctant to override the ratification procedures and the views of those who voted against the agreement,” Biden said on Monday. “But in this case — where the economic impact of a shutdown would hurt millions of other working people and families — I believe Congress must use its powers to adopt this deal.”

“It is with great reluctance that we must now move to bypass the standard ratification process for the Tentative Agreement. However, we must act to prevent a catastrophic strike that would touch the lives of nearly every family: erasing hundreds of thousands of jobs, including union jobs; keeping food and medicine off the shelves; and stopping small businesses from getting their goods to market,” she said.