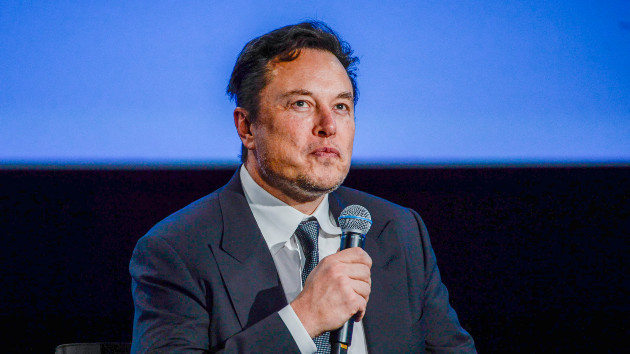 (NEW YORK) — After a monthslong saga cast Tesla CEO Elon Musk as suitor, critic and legal adversary of Twitter, the wealthiest person in the world appears poised to take ownership of the social media company.

A renewed offer at Musk’s original asking price from April has prompted anticipation of massive changes on the platform under his leadership, which could take hold within days or weeks.

The judge paused the acquisition case last week, giving the two sides an opportunity to reach a deal before Oct. 28. Under a potential agreement, Musk would pay $54.20 a share or roughly $44 billion to purchase Twitter, he said last week.

The acquisition would bring nearly immediate and dramatic changes to the platform, altering the user experience in a manner heartening for some and infuriating for others, experts told ABC News.

In the long term, over a timeline of several years, Twitter could prove unrecognizable, carrying additional subscription fees but offering a slew of services that touch everything from person-to-person payments to travel reservations, they added.

“The easy thing is buying Twitter; the hard thing is fixing it,” Dan Ives, a managing director of equity research at Wedbush, an investment firm, who closely follows the tech sector, told ABC News.

Here’s how Twitter will change under Elon Musk, according to experts:

In recent months, Elon Musk has emphasized his commitment to the principle of free speech, suggesting that Twitter should permit all speech that stops short of violating the law.

“My preference is to hew close to the laws of countries in which Twitter operates,” he said in May. “If the citizens want something banned, then pass a law to do so, otherwise it should be allowed.”

Currently, the platform imposes limits on a range of speech, including hate speech, targeted harassment and media that features graphic violence.

“There are some big changes that would be in the offing,” Bill Mann, a senior analyst at Motley Fool, told ABC News. “He wants to reduce their content moderation.”

Sinan Aral, a venture capitalist and professor of management at the Massachusetts Institute of Technology, said users should expect a more permissive approach to conservative views, including those expressed by former President Donald Trump. According to Aral, Trump would be “reinstated almost immediately” after a Musk acquisition, considering previous statements from Musk assuring the move.

But Musk’s commitment to free speech would conflict with the company’s business strategy, which depends on advertising revenue tied to the number of users on the platform, said Ives, of Wedbush. The presence of offensive or hateful views on the platform could drive away many users, causing Musk to moderate his approach, Ives added.

“Musk says ‘freedom of speech’ but if it becomes a cesspool on Twitter, that goes against the monetization of the platform,” Ives said.

Musk, who also runs space-flight company SpaceX, holds an ambitious long term vision for Twitter that extends far beyond its current function as a social media and messaging platform. Last week, he made a bold comment about his aspirations for the site: “Buying Twitter is an accelerant to creating X, the everything app,” he said.

The best example of what Musk means by an “everything app” is WeChat, a highly popular app in China that serves not only as a messaging and media-sharing platform but also a versatile tool in which users pay friends, purchase products and book reservations, among other uses, analysts said.

“You could understand why any company would want this,” said Mann, of Motley Fool, citing platforms like Meta-owned Facebook and Snapchat that have pursued the all-in-one app strategy.

He described Musk’s vision for person-to-person payment on the platform as “the holy grail for any app.”

However, U.S.-based platforms face greater challenges than WeChat, including stiff competition on each of the functionalities that Musk would try to roll into one service, said Aral, of MIT.

“There are numerous competitors that Twitter would have to fight through,” he said.

Still, Aral described the goal as “not farfetched.”

“There is historical precedent for that,” he added.

Ives, of Wedbush, put the likelihood of success for the “everything app” at no more than 20%.

“That will take years and a lot of challenges ahead,” Ives said. “Then again, there’s a reason he’s the richest person in the world. His back has been against the wall again and again, and he’s massively succeeded, as we see with Tesla and SpaceX.”