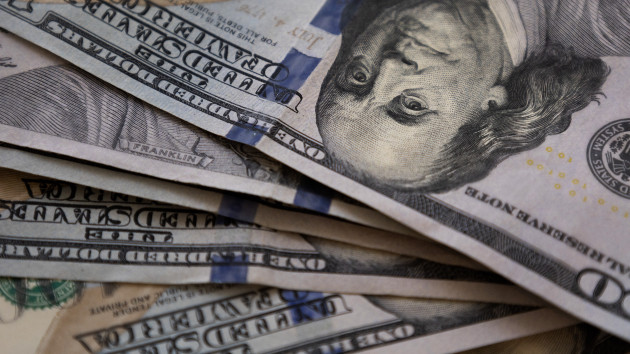 (NEW YORK) — Debbie Wilkerson, after years of fighting bad credit, is on her way to saving for a down payment on her first home.

She says a guaranteed income pilot program has helped her single-income household get some stability, whereas living check-to-check had left her family without a pathway to owning their first home.

“I don’t have to worry any more,” Wilkerson said in an interview.

Mayors for Guaranteed Income, a national network of mayors and researchers spearheading these kinds of programs, is running temporary pilot programs across the country in an effort to address inequities and help families.

Wilkerson is part of a program in Tacoma, Washington, geared toward single-income households with disabled young adults or children.

Another program in Birmingham, Alabama, offers payments to single mothers.

Programs in Durham, North Carolina, and Gainesville, Florida, are geared toward formerly incarcerated people who typically face financial challenges after jail or prison.

“People are using these payments to provide them with more opportunity, more resilience, more financial security,” said Mayor Sumbul Siddiqui of Cambridge, Massachusetts, who announced the expansion of her city’s pilot to every family living in poverty.

ABC News spoke with program participants and leaders who say recent programs prove the potential for guaranteed income as an effective tool in the fight against poverty.

Wilkerson, 64, lives with her son Shawn and her 13-year-old grandson James, who has autism in Tacoma, Washington. She retired from being a cook when the pandemic hit, because she had to homeschool her grandson: “He’s my main focus.”

Now, there is only one income to support the family. Wilkerson said the extra $500 a month she and her family received through the program over the year helped them get their footing.

Not only that, but it gave them extra cash to buy James a new pair of running shoes and pay for fees for James’ local bowling club.

“If we hadn’t got this little extra money a month, to be able to clean up the credit, to do that, we would still be years down the road to be able to even do this,” Wilkerson said.

She often worries what would happen to her grandson if something were to happen to herself and her son, leaving James without a caretaker.

“My biggest fears when I pass away is where James is going to be,” she said.

She says the money has eased the stress and worry of the entire household, giving them both a financial and mental break.

“My mom says to me – because I am a good friend and a neighbor, I help all my friends out neighbors out, I do things for people. And she said, ‘This was God’s good karma that came back around to help us out,"” Wilkerson said.

Shamonique Jones lives in a one bedroom home with four children in Newark.

Jones received $500 each month for two years under the city’s pilot program for residents with income below 200% of the federal poverty line and impacted by COVID-19.

Jones, who says she has multiple sclerosis and experiences seizures, hasn’t been able to work amid the COVID-19 pandemic. She stays at home as the children’s caretaker.

“I was headed towards a deep depression, literally just a week prior to getting the call that I was accepted to the program,” Jones said.

She continued, “I didn’t know how I was gonna get my kids’ uniforms [for school] … I was able to use that to get them their uniforms for school and be able to help us with the holidays and be able to provide Christmas presents for them. It just saved our lives.”

“The guaranteed income programs, they saved us,” Jones said.

Siddiqui said the decision to expand Cambridge’s program from 130 families to about 2,000 families was backed by the initial feedback from the pilot program and the incoming data coming from this and similar programs.

“This movement, it’s not new, right? It’s been rooted in the civil rights movement and existing really successful safety net programs,” Siddiqui said. “We have the data from the expanded Child Tax Credit, right, we have precedent.”

Some critics argue that these programs will stop people from working — though such claims have been widely challenged — or will be too expensive to maintain.

“I know a lot of people are probably thinking that this is just a way to make low income, or middle income people lazy. But we’re not lazy. We’re hard working people. This just gives those people that work very hard a little bit of a foot up, just to maybe help them get that better place to be,” Wilkerson said.

So far, the research shows that the largest share of these payments — 40% — were used for retail purchases and services, with the second highest percentage being spent on food and food services at around 28%.

Transport and housing/utilities were next, at about 9% and 8% respectively, followed by financial transaction fees at 5%. Healthcare, education, travel, leisure and miscellaneous expenses made up the remainder of expenses.

“There’s also a notion that people are going to spend this money on drugs, booze, and the list goes on. And that’s also incorrect,” said Siddiqui. “We know that people are spending and making purchases, on diapers, on clothes, on personal care products, they’re buying groceries.”