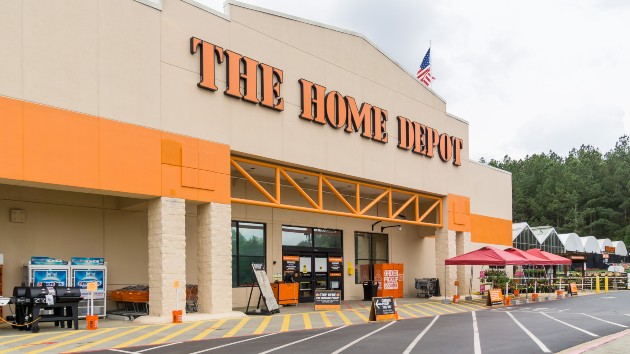 (NEW YORK) — Hearkening back to the boycotts during the civil rights movement and apartheid, Georgia faith leaders representing over 1,000 Georgia churches have called for a nationwide boycott of Home Depot, accusing the largest company based in the Peach State of standing on the sidelines in the voting rights battle playing out not just in Georgia, but across the country.

“A boycott is not something we wanted to do, but now it is something that we must do,” Bishop Reginald T. Jackson said in a statement read during a press conference Tuesday. “They have simply refused to respond, not only to our request to meet, but to their other corporate partners. They believe their silence is appropriate, but not on the issue of voting rights. Blacks and people of color, like others, are also their customers and they benefit from our dollars … we believe they should oppose any effort to suppress our votes.”

Jackson, the movement’s leader and head of the African Methodist Episcopal (AME) Church’s sixth district that includes over 500 AME churches in Georgia, could not attend the event outside a Home Depot in Decatur. But according to his statement, the coalition could add more companies to the boycott call, singling out Chick-fil-A and Arby’s, which the coalition plans to contact this week. Jackson was adamant the boycott was led by faith leaders, directly disputing the Republican-espoused idea that President Joe Biden and Fair Fight Action founder Stacey Abrams are behind it.

The boycott call came on the same day as the Senate Judiciary Committee took testimony from Abrams and others at a hearing focused, in part, on the nearly 100-page bill Republican Gov. Brian Kemp signed into law in late March, overhauling the state’s election processes. Since Kemp signed that bill, voting rights activists’ pressure campaign to get corporations to publicly oppose restrictive legislation has only ramped up. The MLB decided to move its 2021 All-Star Game and draft out of Atlanta to protest Georgia’s new law, a move that will result in an estimated economic impact loss of $100 million, according to Cobb County Travel & Tourism.

Faith leaders have backed away from previous calls to boycott Georgia-based companies that didn’t speak out against the bill, SB 202, before it was signed into law. Jackson at one point called for boycotts of Coca-Cola and Delta Air Lines, but has since relented. In his statement Tuesday, Jackson commended those corporations for changing their stances and said the coalition was “glad to have them as partners in the struggle for a just and enduring democracy.”

Rev. Lee May, the lead pastor of Transforming Faith Church, said the coalition is “fluid in this boycott” but has four specific requests of Home Depot: To speak out publicly and specifically against SB 202; to speak out against any other restrictive voting provisions under consideration in other states; to support federal legislation that expands voter access and “also restricts the ability to suppress the vote;” and to support any efforts, including investing in litigation, to stop SB 202 and other bills like it.

“Home Depot, we’re calling on you. I’m speaking to you right now. … We’re ready to have a conversation with you. You haven’t been ready up to now, but our arms are wide open. We are people of faith. People of grace, and we’re ready to have this conversation, but we’re very clear those four things that we want to see accomplished,” May said.

The Rev. Timothy McDonald III, senior pastor of the First Iconium Baptist Church, warned this was just the beginning.

“It’s up to you whether or not, Home Depot, this boycott escalates to phase two, phase three, phase four,” McDonald said. “We’re not on your property — today. We’re not blocking your driveways — today. We’re not inside your store protesting — today. This is just phase one.”

A Home Depot spokesperson responded to an inquiry from ABC News about the call for a boycott.

“We’ve decided that the most appropriate approach for us to take is to continue to underscore our statement that all elections should be accessible, fair and secure and support broad voter participation, and to continue to work to ensure our associates in Georgia and across the country have the information and resources to vote,” the spokesperson said.

The faith leaders blamed Kemp for the boycott and preempted a claim that it will hurt Georgians, saying it’s not a “job-killing boycott.” But the governor responded swiftly, blasting the boycott and saying he stands with Home Depot and its employees.

“They did not ask to be in this political fight. It’s unfair to them and their families, and their livelihoods to be targeted,” Kemp said. “Instead of boycotting people in great companies like Home Depot, we should be supporting them, and I know that’s what I’m going to do.”

Home Depot has 90 facilities, 15 distribution centers and accounts for 30,000 jobs in Georgia, according to Kemp.