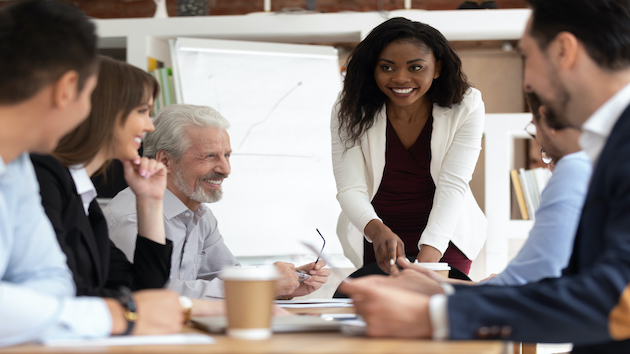 (NEW YORK) — Even women who climb their way to corporate America’s highest ranks are paid less than their male counterparts, new research confirms.

The highest-paid senior executive women earned 84.6 cents for every dollar earned by their male counterparts in 2019, according to a study of corporate disclosures released Wednesday by Morningstar Inc., a financial services research firm.

This is an incremental increase compared to 2015, when that figure was 81.5 cents for every dollar earned by male counterparts, the study noted.

In addition to being paid less, women also remain vastly underrepresented in the upper C-suite, where they were outnumbered 7 to 1 in 2019, according to the study. Among CEO positions, women are outnumbered 17 to 1.

Jackie Cook, the study’s author and the director of investment stewardship research at Morningstar, told ABC News that “the upper C-suite” refers to “these named executive officers whose pay is disclosed in companies’ proxy materials.”

Meanwhile, Cook said that the pay gap for women at lower levels of their careers is likely higher than the gap within the C-suite, where there is much more visibility.

Women who work full time in the U.S. are typically paid 82 cents for every dollar paid to their male counterparts, according to an October 2020 fact sheet released by the National Women’s Law Center (NWLC).

The NWLC said this gap translates into $10,157 less per year in median earnings — and the gender pay gap widens significantly for women of color.

“It has been incrementally improving, but it’s taking a long time,” Cook said of the gender pay gap.

Cook’s study called for more public disclosures on gender pay data, saying the reasons for this are two-fold.

“One is investors need to know,” Cook said. “These gaps do investors no good. There’s plenty of evidence that companies that are able to close these gaps do better. They’re a less risky investment.”

In addition, Cook quoted the business adage, “what gets measured gets managed.”

“Disclosing itself can become a catalyst for change within an organization,” she said. “And the only way to fully understand this is to measure it properly.”