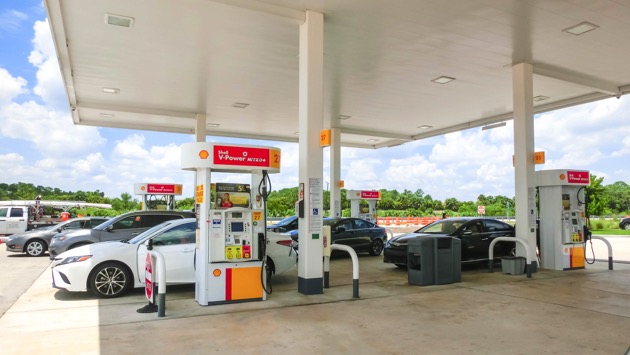 Futures on West Texas Intermediate, the U.S. crude benchmark, were trading at $73.32 a barrel by midday Tuesday after topping $76.90 a barrel earlier. The price of WTI crude has skyrocketed by more than 50% since the beginning of the year.

Futures on Brent crude, the international benchmark, was $74.50 by midday Tuesday, a slight fall from its early morning high of $77.82. Since the beginning of the year, prices for Brent crude have climbed more than 45%.

The volatility comes as the waning pandemic is leading to a surge in demand for oil as industries reopen and global travel bounces back. In addition, a meeting of members of the Organization of the Petroleum Exporting Countries scheduled for Monday was abruptly called off. In a brief statement, OPEC Secretary General HE Mohammad Sanusi Barkindo did not give a reason for the last-minute cancellation, saying the date of the next meeting will be decided “in due course.” The oil producers were expected to discuss increases in production after failing to reach an agreement last week.

Americans are also seeing no relief from soaring gas prices at the pump. On Tuesday, the national average gasoline price was $3.13 per gallon, according to American Automobile Association data.

Moreover, the AAA predicts that gas prices will increase another 10 to 20 cents per gallon through the end of August, bringing the national average to more than $3.25 later this summer.

“Robust gasoline demand and more expensive crude oil prices are pushing gas prices higher,” Jeanette McGee, an AAA spokesperson, said in a statement. “We had hoped that global crude production increases would bring some relief at the pump this month, but weekend OPEC negotiations fell through with no agreement reached. As a result, crude prices are set to surge to a seven year-high.”

States that saw the largest weekly increases at the pump include Idaho (which saw an average increase of 10 cents), Alaska (a 9 cent increase) as well as Washington, Oregon and Colorado (which all saw an increase of 7 cents).

The AAA noted that the last time the national average gas price was $3.25 was in October 2014.

Gas prices have been steadily climbing since the beginning of the year. The national average on Tuesday was 95 cents higher on average than during the same time period one year ago.