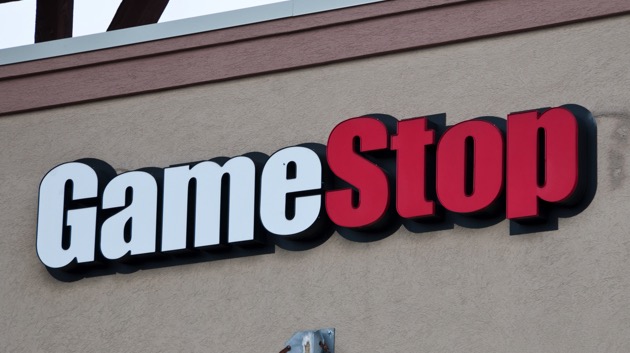 (NEW YORK) — GameStop shares surged Monday after new support from legendary individual investor Keith Gill in a rally that comes on the same day the video game retailer announced its chief executive officer was stepping down.

GameStop stock opened on Monday at $171.62 per share, up some 11% from its closing price on Friday. The rise comes after Gill, who also goes by the online monikers “Roaring Kitty” and “DeepF***ingValue,” posted screenshots on the Reddit forum r/WallStreetBets of his portfolio on Friday.

The screenshots from the retail investor who many say started the initial GameStop craze indicate that he exercised his stockpile of call options that were set to expire on Friday, essentially trading them in for 50,000 more shares of the so-called “meme stock.” Gill’s post also indicates that he purchased another 50,000 shares of GameStop in addition to those he obtained with his call options.

Gill’s new show of confidence in GameStop sent shares climbing during premarket trading over the weekend. Gill was among the key players in the GameStop saga who were called to testify before lawmakers in February.

Meanwhile on Monday morning, the video game retailer announced in a statement that its CEO, George Sherman, will be stepping down from his role on July 31 or “earlier upon the appointment of a successor.”

The leadership shakeup comes just a few months after the company said its chief financial officer was resigning as well.

“I am very proud of what we have accomplished at GameStop over the past two years, including during the difficult COVID-19 pandemic,” Sherman said in a statement. “It has been a privilege to lead so many dedicated, talented individuals, who collectively possess tremendous passion for the gaming industry.”

Sherman had helmed the business since April 2019. A reason for his departure was not given.

Ryan Cohen, the incoming chairman of the board, thanked Sherman for his “valuable leadership” in a statement, adding, “the company is much stronger today than when he joined.”

Cohen, the co-founder and former chief executive of the e-commerce platform Chewy, is one of the largest shareholders in GameStop through his private firm RC Ventures. Cohen’s push to digitally transform GameStop is cited as having helped fuel the stock’s retail investor-driven rise in late January.

Shares for GameStop are up some 800% since the beginning of the year. As of Monday, however, shares are trading at about half the price they were during January’s peak.